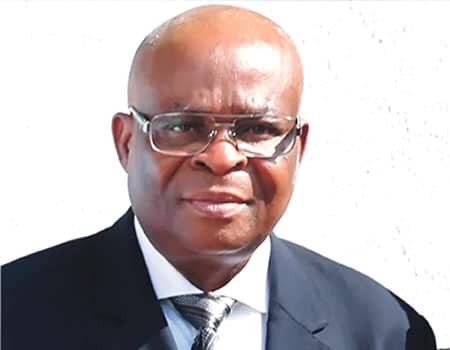 The Federal Government of Nigeria has called for the removal of Justice Walter Onneghen in other to ensure that he is not a judge in his own case.

The Federal Government filed a motion before the Code of Conduct Tribunal, asking for the removal of the Chief Justice of Nigeria, Justice Walter Onnoghen,  be removed as the CJN and the chairman of the National Judicial Council.

Punch reports that the motion was filed by Musa Ibrahim and Fatima Danjuma Ali on behalf of the Attorney-General of the Federation on Thursday.

The move, according to the government, is aimed at ensuring that Onnoghen is not a judge in his case and that the next in line of seniority, Justice Ibrahim Muhammad, becomes the acting CJN pending the determination of the substantive suit.

The plaintiff asked the court to compel President Muhammadu Buhari to name the next most senior judge as the acting CJN and chairman of the NJC.

The motion on notice was brought in pursuance of Section 6(6) Paragraph 11 (1) of the Fifth Schedule, Part 1 of the Constitution of the Federal Republic of Nigeria 1999 (as amended).

The Federal Government prayed the tribunal for an interlocutory order “directing the defendant/respondent to step aside as the Chief Justice of Nigeria and chairman of the National Judicial Council over an allegation of contravening the provision of the Code of Conduct Bureau and Tribunal Act CAP C15 Laws of the federation of Nigeria 2004 pending the determination of the case.

“An interlocutory order of the honourable tribunal directing the President of the Federal Republic of Nigeria to take all necessary measures to swear in the most senior Justice of the Supreme Court as an acting Chief Justice and chairman of the National Judicial Council in order to prevent a vacuum in the judicial arm of government pending the determination of the case.”

Born on December 31, 1953 at Doguwa – Giade, a local government area in Bauchi State, Justice Muhammad attended Ahmadu Bello University where he received a bachelor’s degree in Law in 1980.

He later obtained a master’s degree and doctorate from the same university in 1984 and 1998 respectively.

The fresh move against Onnoghen came after the National Industrial Court, Abuja, had on Monday restrained the Chairman of the CCT, Danladi Umar, the AGF, the Code of Conduct Bureau and the police from removing Onnoghen.