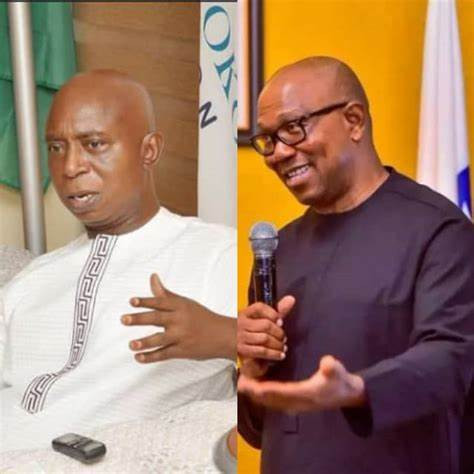 Delta-born politician, Ned Nwoko has given his opinion about presidential run of former Governor of Anambra state, Peter Obi in the forthcoming election.

The politician who is married to actress Regina Daniels, acknowledged that Peter Obi is not like other Governors he has met in the past as he’s quite frugal and a big-time capitalist.

Nwoko also stated in the interview with BBC Igbo, that he would like Peter Obi to come back to the Peoples Democratic Party as he will do well as a Minister of Economy and will also help the economy bounce back.

He further averred that though Peter Obi is popular and might have a support base, he doesn’t have the structure to function as he would need the majority in either house of reps or senate, state house of assemblies and government.

He also said that all of these might take at least 8 years to be achieved. Nwoko further claimed there are many things that would work against the emergence of Peter Obi as President of Nigeria and “it would never happen”.

Nwoko also said that Igbos are not ready for presidency as that would have shown during the primaries. He also wondered why delegates never supported Igbo candidates, but went for candidates from other regions.

According to him, Igbos are largely selfish and won’t think about others. Nwoko added that he doesn’t subscribe to zoning, but believes in merit.

4 thoughts on “Peter Obi will do well as a Minister of Economy, he doesn’t have structure and Igbos are not ready for presidency – Ned Nwoke”