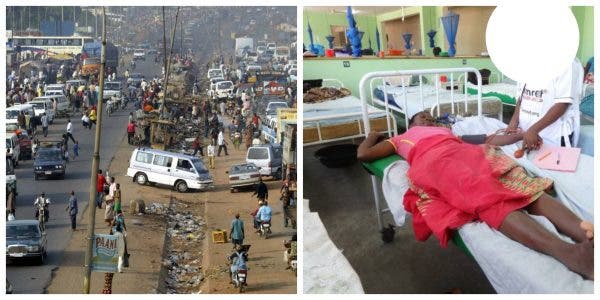 Some Nigerians have taken to social media to report alleged strange diseases experienced by some residents of Onitsha, Anambra state.

According to the reports, sufferers are allegedly losing their senses of taste and smell, and many of them are reportedly treating malaria.

Taking to Twitter, a lady identified as Unachukwu wrote that people should reach out to their loved ones as the alleged strange disease has been confirmed by many residents of the city

“Hearing this news on how a lot of people in Onitsha are sick and losing their sense of smell and taste too. A few friends have confirmed it to be true, please reach out to your family and friends.”

Confirming her reports, other users wrote on how they experienced same with almost same symptoms.

@OluchukwuBelon1 wrote:
Not only in Onitsha, in Lagos state, some many people are treating either malaria or typhoid and this baffles me because they are too much of them now than before.

@UzomaUzoho
no big deal, seen a lot of people in Aba with the same symptoms, treatment is basic malaria drugs and vitamin C supplements, or if you are traditional, boil a mixture of neem, lime, grape in water and drink 2 cups everyday( 1morning and 1night) for 3 days. Not a medical advice.

@onyeka01 wrote:
Everybody is onitsha is sick, malaria drugs has increased in the local market . We are all taking injections

@ChuksOkonkwo5
I live and work in Fegge. I can confirm that this is true but more true is that they’re recovering. Speculations say it is a result of the fumigation that was carried out in the markets.

2 thoughts on “Residents worry over rise in strange diseases reported in Onitsha, Anambra”