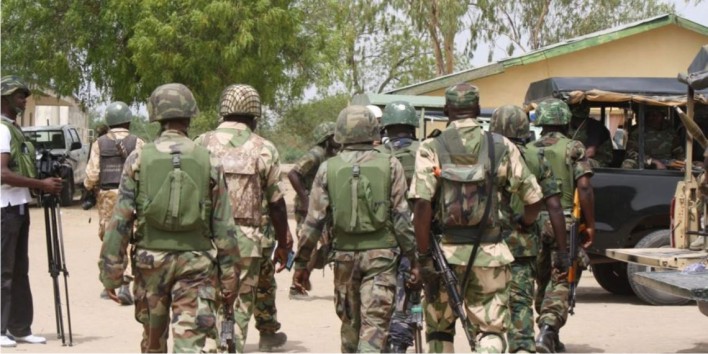 Yakubu was said to have incurred the wrath of the soldiers when he drove against traffic while on duty on August 16.

A brother to the victim was quoted as saying that Yakubu and two other officers were returning from a patrol duty and chose to drive against traffic to avoid a gridlock along Eleme road.

He said when his brother got to the company’s gate, a military man on mufti, flagged them down and confronted them for driving against traffic.

A heated argument was said to have ensued between the policemen and soldiers prompting one of the soldiers to slap the police driver.

The late Yakubu was said to have alighted from their patrol van and scolded the soldier for slapping his colleague and immediately other soldiers engaged him in a fight.

The source lamented one of the soldiers used a thick wood to hit his late brother’s head until he fell to the ground and could no longer move.

He said his injured brother was later rushed to the University of Port Harcourt Teaching Hospital (UPTH) for medical attention but died at the hospital.

He said: “My brother and two other policemen drove one-way because of hold up. When they got to Eleme Petrochemical gate an Army man on mufti stopped them and they started quarrelling and later started fighting.

“One of the soldiers who later joined the fight and used a thick plank to hit my brother’s head and he fell and couldn’t move.

“He was subsequently rushed to the nearest hospital from where he was referred to UPTH and admitted at the ICU.

After 24 hours on admission, he gave up. Up until today, neither the police nor the military have said anything or taken action to bring the culprits to book.”

When contacted, spokesman of the Nigerian Army, 6 Division in Port Harcourt, Charles Ekeocha, said he was yet to be briefed on the incident.