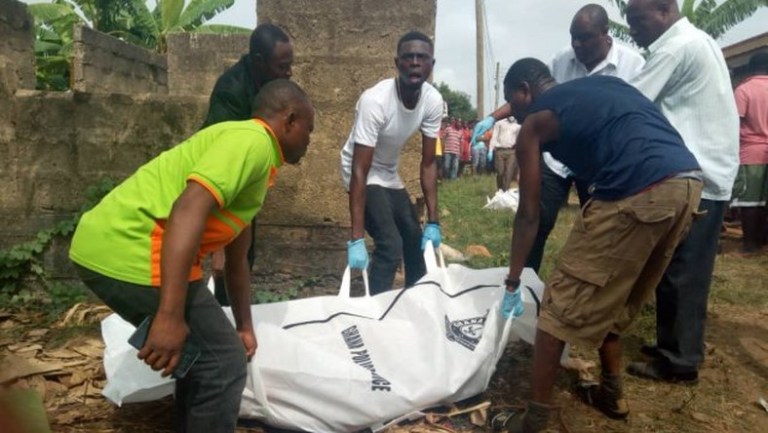 A young Ghanaian lady in her twenties had died during the night of January 14th after reportedly having a marathon s3x with her boyfriend.

According to reports, the victim, Yvonne Kaku died in the early hours of Saturday, 15th February after allegedly succumbing to exhaustion from the night-long s*xual intercourse with her 30 years old boyfriend, Stephen Ewuoneha, in his room at New Kabenla-Suazo in the Jomoro District.

The District Police Command of Half Assini in the Western Region has begun investigations to unravel circumstances under which she met her untimely death on Valentine’s Day.

According to reports, the police were informed by the relatives of the deceased who also proceeded to the scene immediately and saw the lifeless body of Yvonne lying with foaming substance coming from the mouth and nostrils.

The Half Assini District Police Commander, Supt. Cyprian Macarthy Zenge in confirmation said on February 15, 2020, at about 2 pm, one Baffo Kaku, 45, accompanied by Nge Sanzi Kaku, both of Tikobo No.1 in the Jomoro District reported the case to the police.