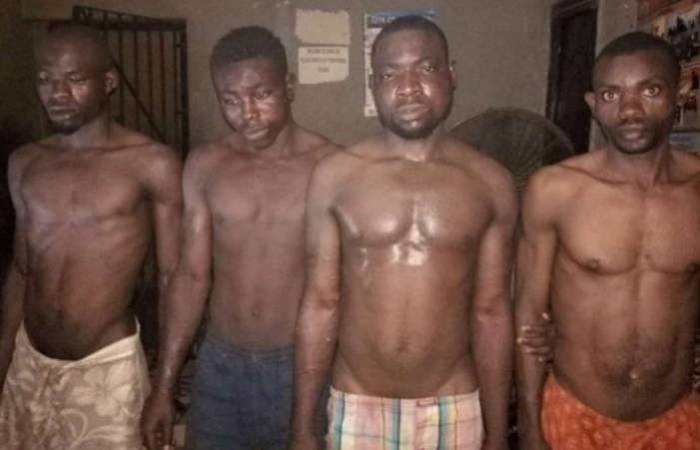 Four suspected members of the dreaded insurgents, Boko Haram have been arrested by the Edo State Police Command.

Spokesman of the command, DSP Chidi Nwabuzor, disclosed this in a statement on Saturday. He described the suspects as notorious gang members of kidnapping, armed robbery and Boko Haram syndicates that have been terrorizing Kogi and Edo States axis.

The statement said that coordinated intelligence collaboration between operatives of the Department of State Services, DSS, and the police, led to the arrest of the suspects.

“The Commissioner of Police, Edo State Command, Dan-Mallam Mohammed, directed the tactical teams of the command to go after the criminals.

“On 19/04/2019, a robust raiding, coding and search was conducted within Auchi axis, which resulted in the arrest of the following: Salihu Uzovehe (23), Hadi Musa Gambari (23), Tijani Garuba (24) and Mohammed Abdulkadri (44), who are deadly and notorious gang members of kidnapping and armed robbery syndicates that are terrorising Kogi and Edo States axis.”

“The command, therefore, appealed to members of the public to be vigilant and always be at alert about suspicious movement of persons and report same to the police,” the statement added.