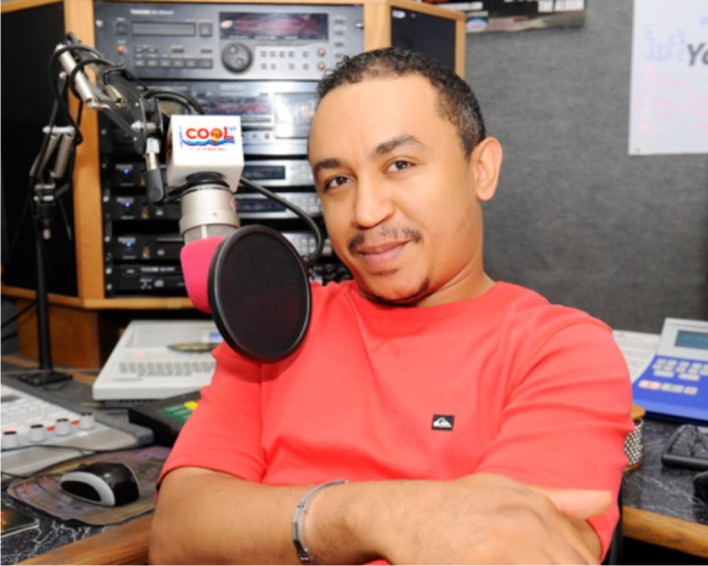 On March 12th, Daddy Freeze announced that he was leaving Cool FM where he had worked for the past twenty years. Although he didn’t disclose then the plans he had, he however said he was not leaving the radio just yet.

Well, Nigeria Info has now announced the addition of the veteran and multiple award-winning media personality to their station.

Daddy Freeze started his radio career in 1996 with The Broadcasting Corporation of Oyo State (BCOS) and joined Cool Fm Lagos in 2001 where he continued on-air for 20 years, steadily rising to the position of a senior broadcaster and Head OAP at Cool FM.

In his time there, he managed to carve a niche for himself in radio broadcasting by being one of the biggest names on radio in Nigeria. He Still has a Sunday Show on Cool FM called “The Sanctuary” which occurs 9am-12noon on Sundays.

Nigeria Info FM, Nigeria’s number one conversation-driven radio station, has been on-air since 2011. Over the years, the station has proudly broadcast local and international news with in-depth analysis of topical issues in various areas of human interest. With charismatic and seasoned broadcasters/journalists dedicated to informing and engaging the people, Nigeria Info has remained the foremost “call to action” radio station.

With over 2 decades on radio, Daddy Freeze has shown avid passion for his craft, consistently pushing beyond the barriers of traditional societal beliefs and constantly tackling controversial issues without fear of retribution. While doing this, he has remained at the top of his career by being the topic of discussion amongst his ever-increasing fan base.

In a bid to always stay ahead by constantly driving the conversations around topical issues while informing and engaging our listeners, Nigeria Info takes pride in having the most professional and passionate journalists who consistently push the boundaries of journalism.

Nigeria info is delighted to have him on board as the station believes he’ll bring his renowned passion to this new journey in his career.