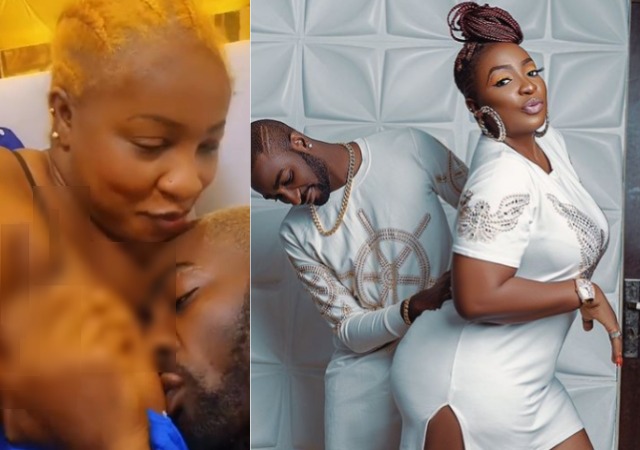 In the video, the couple was captured debating who should get a woman’s breasts first between the baby and the woman’s husband.

As they debate, Mc Fish, lowers his head to Anita’s breast and kisses it, then grabs her breast with his hand, before burying his face in her cleavage.

As Anita argues that the baby should come first, Michael argues that it is the husband who should be given priority.

In the caption, Anita warned that anyone who has a problem with her and her husband’s display should “enter pit”.