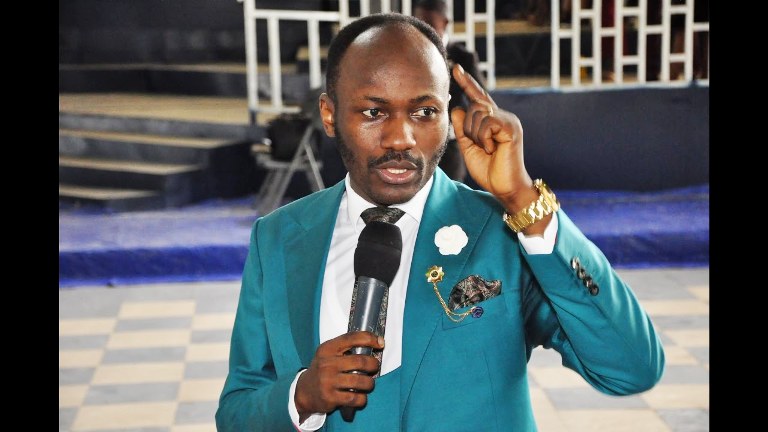 The senior pastor and general overseer of Omega Fire Ministries International, Apostle Johnson Suleman has reacted to the dethronement and banishment of Sanusi Lamido Sanusi as the Emir of Kano by Governor Abdullahi Ganduje.

Sanusi was dethroned on Monday, March 9 by Kano State Government, alleging that he (Sanusi) disrespected the lawful instructions from the office of the Governor and lawful authorities.

The Kano monarch was also accused of persistently refusing to attend official meetings and programmes organized by the government without any lawful justification.

Reacting to the dethronement, Apostle Johnson Suleman argued that disrespecting a Governor is not a criminal offence.

The clergyman on his Twitter page, however, admitted that a Governor has the right to depose a traditional ruler, but does not have the right to detain anyone who has not committed an offence.

He wrote; “I can understand the dethronement of the former emir of Kano. What I don’t understand is the detention, over what? A governor has right to depose a traditional ruler but has no right to detain anyone who has not committed an offence, disrespecting a governor is not a criminal offence.