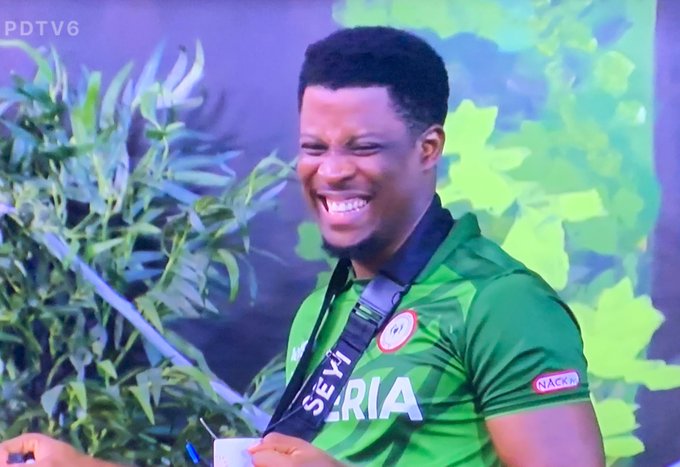 Housemate Seyi has won today’s Head of House challenge, making him the HOH for the third time in this season’s Big Brother Reality TV Show.

The challenge this week was divided into two sections. In the first section, the ten housemates were told to file on a line which was the starting line for a walk challenge.

The housemates were expected to just walk from the starting line to the end and walk back to the starting line. They were to continue like that until the 7th minute when they hear the sound of the Buzzer.

After the first round, Tacha, Seyi, Cindy, Elozonam and Omashola made it to the second round.

In the second round, Biggie presented them with a bucket half-filled with chin-chin and told them to count them in one minute. After that they were told to guess the number of chin-chin left in the bucket.

As usual, he has immunity from nomination this week, 250 Bet9ja coins and a luxury room which he said he will be sharing with himself.