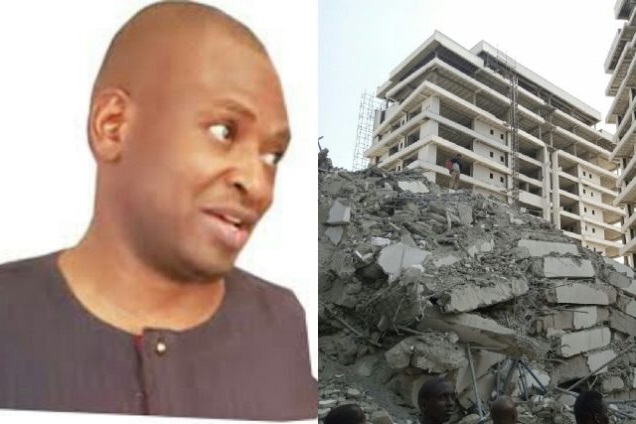 A body identified as that of the developer of the collapsed Ikoyi building, Femi Osibona has been recovered on Thursday.

A combined team of emergency responders recovered the body which has been taken to a morgue.

As gathered, the lifeless body was recovered before 7pm and identified by officials of the Ministry of Physical Planning before it was evacuated in an ambulance.

The 16 floors building was constructed by the late Osibona’s company Fourscore Heights Limited.

Similarly, a vehicle belonging to one of the trapped victims was removed from the scene on Thursday evening by rescue team.

The details of the vehicle that was removed from the scene is YAB655AZ, Toyota Highlander.

The owner was said to be the owner of an aluminium fabrication company. He came there with some of his workers and among them includes one Kenneth Otu.