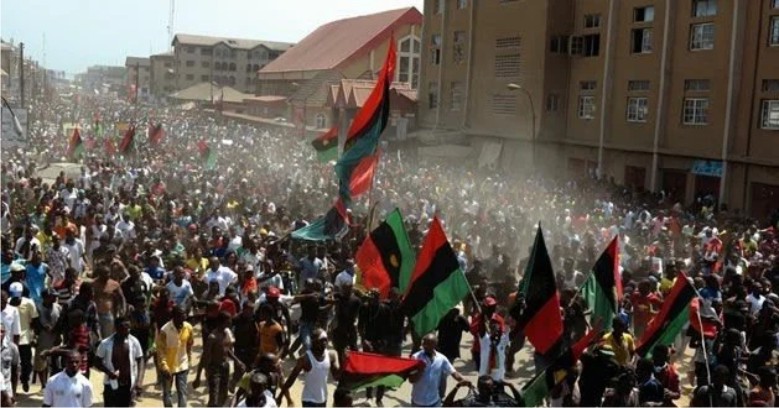 The Rivers State Command of the Nigeria Police has blamed members of the Indigenous People of Biafra (IPOB) for the violence which rocked some parts of the state recently.

Particularly, clashes have been reported in Oyigbo Local Government Area of the state, prompting the Governor, Nyesom Wike to declare a 24-hour curfew in some local government areas due to the insurgency caused by hoodlums hiding under the guise of the #ENDSARS protests in the state.

The curfew also applies to some parts of Obio-Akpor and Port Harcourt.

Despite the curfew, cases of violence are still been reported in some locations and the Police have now accused IPOB members of being responsible for the violence.

Two police officers have been killed while some police stations have been attacked and properties destroyed in the lingering crisis.

Rivers Police Command said that the attacks were carried out by hoodlums numbering about 500 suspected to be members of the Indigenous People of Biafra (IPOB) who invaded the Oyigbo Area Command, Oyigbo, and Afam Police Stations, setting them ablaze and damaging about fifteen vehicles, including one Armored Personnel Carrier (APC).

A statement by the Police PRO in the state, SP Nnamdi Omoni, said, “In the wake of the attack, two Police Officers were killed and some arms and ammunition carted away by the hoodlums.

“Another attack was carried out at the Mile one Police Station where the same suspected IPOB members who operated under the guise of #ENDSARS protests made frantic attempt at burning the Mile One Police Station and the office of Eagle Crack Squad.

“Though the command was able to restore calm, there are still pockets of threats from their remnants at the fringe communities in Oyigbo Local Government Area.”

Meanwhile, the IPOB leader, Nnamdi Kanu, on his Facebook page told #EndSARS protesters not to break down law and order in their respective states.

The IPOB leader advised them to demand President Muhammadu Buhari’s presence and ask him questions live.