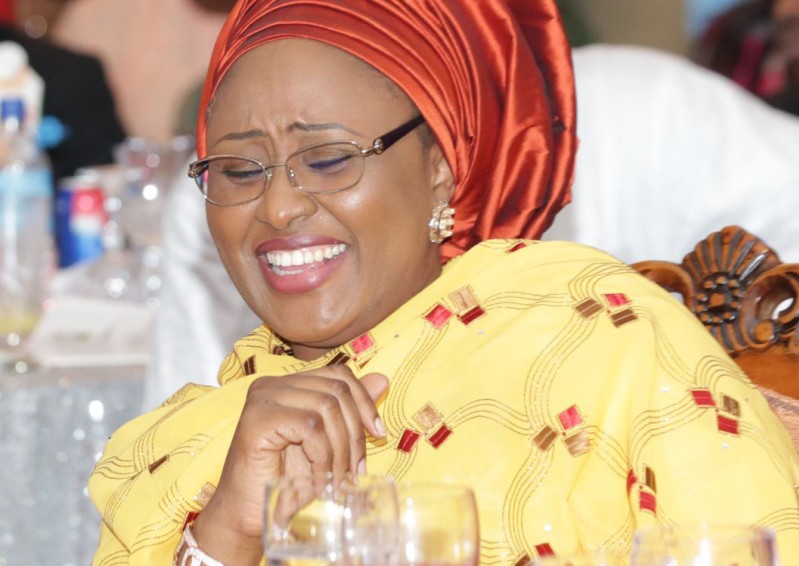 The online media was awash with reports that Mrs Buhari nearly crashed in a private jet belonging to her billionaire in-law while returning home on Friday from Dubai.

There were also reports of her health conditions earlier in the month, alleging that she was rushed to Dubai for urgent medical care arrising from severe neck pain.

Another report also had it that she actually traveled to shop for luxury items for her daughter’s wedding.

However, to put the controversy to rest, the First Lady released a statement she personally signed on Saturday evening, saying she flew home on Nigerian Air Force (NAF) aircraft, contrary to claims it was a private jet, belonging to her in-law, Alhaji Mohammed Indimi.

She also confirmed the flight ran into turbulence but did not say if the crew on board lost control as the media reports claimed.

“I want to use this opportunity to thank all Nigerians for their prayers and well wishes while I was away for medical treatment in the United Arabs Emirates (UAE). I am well now and fully recovered and had since returned back home, Nigeria.

“On our way back, the Nigerian Airforce Flight encountered a violent clear air turbulence which was navigated safely and professionally by the Captain and crew of the Flight.

“I want to commend and appreciate the courage and professionalism of the Captain and his crew, the wonderful gallant service men and women of the entire Nigerian Airforce for their dedication to duty and the quality of maintainance  of its Fleet,” she said.

The First Lady also called on healthcare services providers in Nigeria to take advantage of the N100 billion credit support for the sector by the Federal Government.

“I recall hosting the private healthcare providers earlier in the year and we had a very productive engagement where the issue of building the capacity of Nigeria health sector was the major focus,  and funding was discovered to be the major challenge.

“I therefore call on the healthcare providers to take the advantage of the Federal Government’s initiative through the Central Bank of Nigeria  (CBN) guidelines for the operation of NGN100 Billion Credit Support for the Healthcare Sector as was released recently contained in a circular dated March 25, 2020 to the Commercial Banks.

“This will no doubt help in building and expanding the capacity of the Nigerian health sector and ultimately reduce medical trips and tourism outside the Country.

“Once again, I thank our frontline workers, and all Nigerians for their steadfast as we navigate the challenges facing the entire world,” she said.