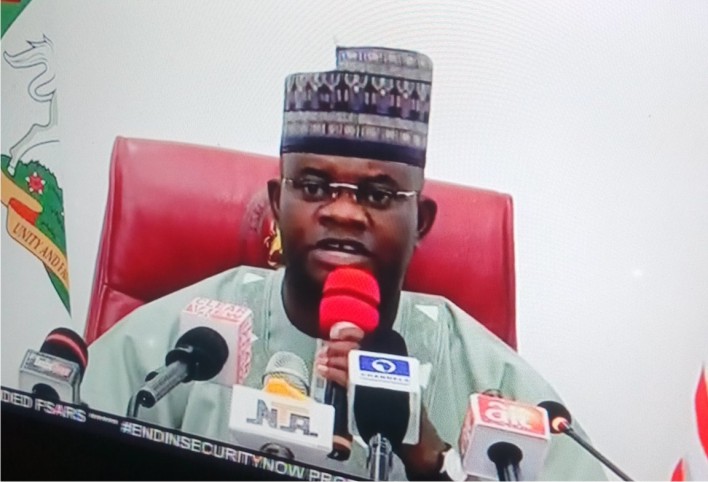 Governor Yahaya Bello of Kogi state has volunteered to be the leader of ongoing #EndSARS protest.

The young Nigerians who have been online and offline protesting and demanding an end to police brutality have insisted that the #EndSARS protest does not have a leader. They avoided fronting one leader to make it hard for Government officials to bribe, intimidate or threaten the leadership into bowing to them.

However, speaking in a statewide address on Monday October 19, the Kogi state Governor volunteered to lead, adding that it is time the leaders of the protesters come out to engage with the government.

The Kogi state Governor who also stated that it will be difficult for governments at all levels to know who to interface while resolving some of the issues if there are no leaders, also alleged that opportunists could hijack the gains of the protests. He further promised to march youths from Kogi state to Abuja on October 24.