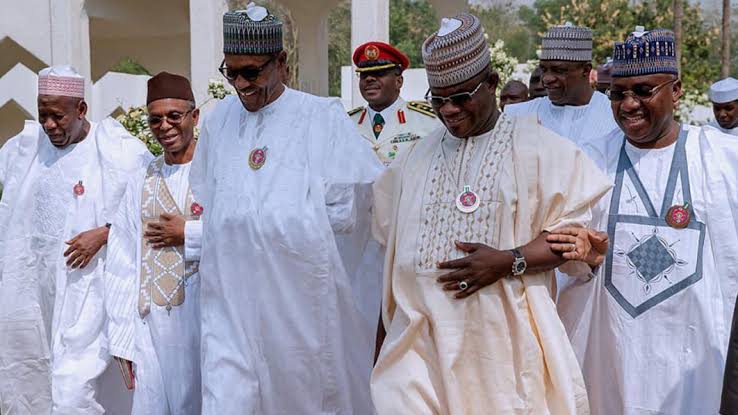 The newly inaugurated Nigerian Financial Intelligence Unit (NFIU) had on
May 6 announced new guidelines which will prohibit state governors from disbursing LGA funds.

NFIU made it clear that banks and other financial institutions should be prepared for local and international sanctions should they connive with governors to circumvent the guidelines which take effect on June 1.

Following the release of the new guidelines by NFIU, the Nigeria Governors’ Forum (NGF) says the NFIU has no business meddling in how state governments disburse funds to their respective local governments.

The governors, in a letter issued on their behalf by Abdulrazaque Bello-Barkindo, NGF spokesman, asked President Muhammadu Buhari to call the NFIU to order.

The governors described the measures as a “brazen attempt by the NFIU to ridicule our collective integrity”.

Speakers of State Houses of Assembly support the governors’ petition

Speakers of some state Houses of Assembly have advised their governors to seek legal redress to stop the NFIU from meddling in matters considered to be under the purview of the state government.

The Chairman of the Peoples Democratic Party Speakers’ Forum, Mr John Gaul-Lebo, in an exclusive interview with Sunday Punch, described the NFIU as “meddlesome interlopers”, adding that the federal agency was going into an area it had no jurisdiction over.

“This is an issue of concern to all the governors and the best thing to do is to approach the President; they have access to him. The petition has stated what they feel.

In contrast, the National Union of Local Government Employees (NULGE) has demanded that the new directives by the NFIU be carried out.

NULGE stated that the guidelines had neither tampered with the provision of the constitution nor with the relevant law governing the operations of states/local government joint accounts.