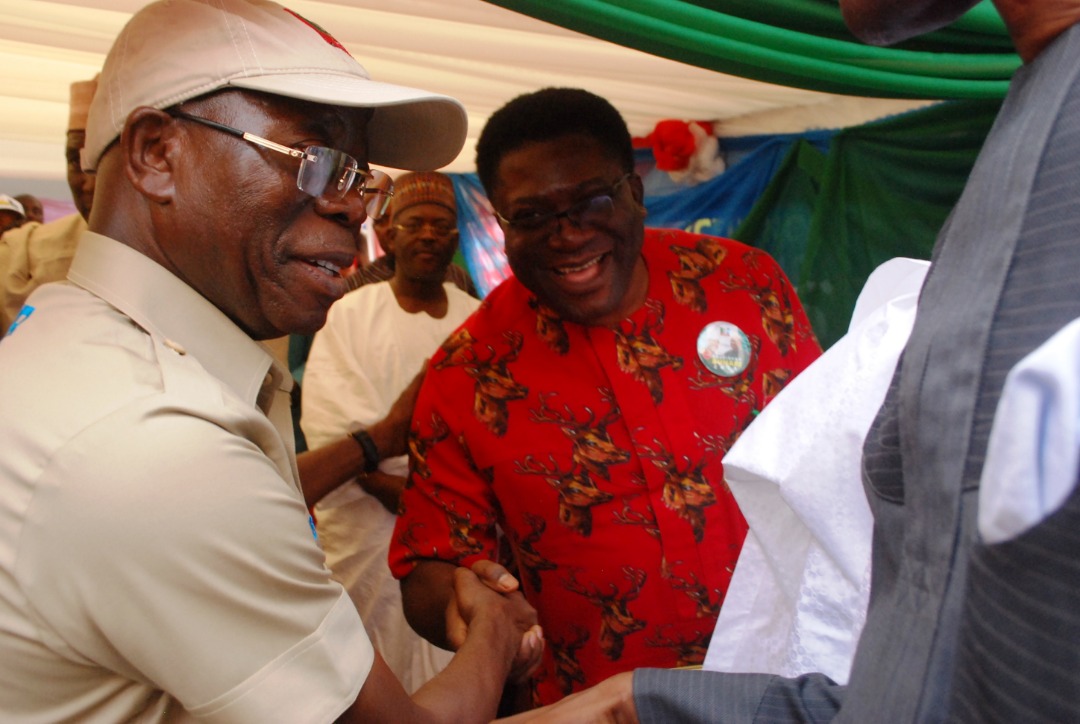 The National Chairman of the All Progressives Congress, APC, Adams Oshiomhole, was in Owerri on Friday for the campaign flag of  for the Imo state governorship candidate of the APC, Senator Hope Uzodimma.

As expected, Comr Oshiomole made a lot of remarks about Governor Rochas Okorocha of Imo State and Okorocha’s refusal to accept Oshiomole’s anointed candidate, Hope Uzodinma.

Oshiomole went further to remark on the alleged refusal of Imo government officials to give Hope Uzodinma access to use the Dan Anyiam Stadium which the Imo Government has debunked here.

Read the Excerpt of Oshiomole’s speech at the flag of below:

“Let me appreciate the members of the National Working Committee for coming to join the governorship candidate of our party, we approach with one simple message.

“It is a message of Hope, not a message of lamentation. I want you to listen because for me campaign is not about entertainment.

“Today, we have come to deliver the message of Hope although things have gone wrong in the past.

“We have come to tell you that we have respect for you people. The next governor in the person of Senator Hope Uzodimma will restore all that have been destroyed.

“Please Imo people cool temper. Today is a day to pass a message of Hope. Today we desire to talk to the young people especially to my fellow colleagues the civil servants.

“The days are gone for a governor who will look at people and say there is money to do other things and not to pay civil servants.

“I want to tell you that those governors that were given money including the governor of Imo state that did not use it for that purpose will be retrieved.

“Buhari has adopted Hope Uzodimma as the governor of Imo state. I want you to go and tell people what I said.

“Nigeria needs to produce political leaders that have political concentration.

“It is the tax payers’ money that is used to build that stadium and not his personal money.”