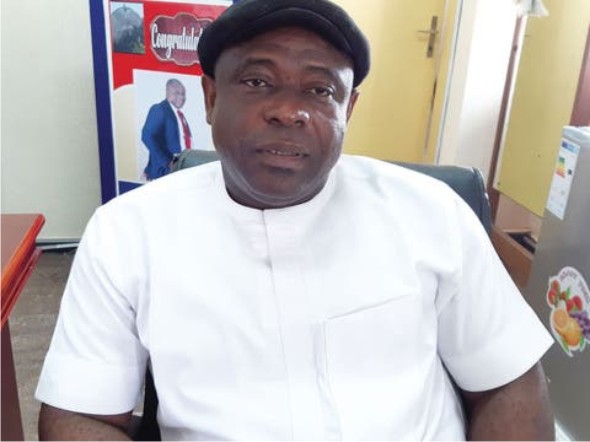 But the seven lawmakers led by Speaker Francis Okiye claimed Idaiye, who represents Akoko-Edo constituency I, was removed on grounds of gross misconduct and divulging of official secrets.

According to a report from The Nation, the pro-Obaseki lawmakers had been sitting inside Government House for over a month, claiming the Assembly Complex at Ring Road, Benin was being fumigated over COVID-19 scare.

The relocation to the Government House, it was learnt, was to monitor the pro-Obaseki lawmakers and ensure they remain true to the Governor’s causes.

Seventeen of the 24 members of Edo Assembly, it was also gathered, are now backing Ize-Iyamu from the initial 14.

The Deputy Speaker and four other lawmakers on Monday visited Ize-Iyamu at his private residence in Benin and pledged to support his election.

They maintained they will not leave APC for the Peoples Democratic Party (PDP) with Obaseki.

Idiaye said at the visit: “There is no reason for me to defect to another political party because there is no single project in my village to show under this present administration.

It was revealed that Idiaye’s action was considered an affront by Pro-Obaseki lawmakers who moved against him immediately.

The motion for his removal was moved by Henry Okhuarobo and seconded by Marcus Onobun.

Okhuarobo said during the sitting: “Mr. Speaker, with me is a notice of impeachment of the Deputy Speaker of the House, signed by two-third members of the House (made up of seven members, including the Speaker).

“The impeachment of the Deputy Speaker is on the grounds of gross misconduct and divulging of official secrets.”

The seven lawmakers, following deliberations on the motion, unanimously adopted it through a voice vote.

The Speaker pronounced Idaiye removed and named Roland Asoro as his replacement.

The motion for nomination of Asoro as the new Deputy Speaker was moved by Emmanuel Okoduwa and seconded by Ephraim Aluebhosele.

Ephraim Aluebhosele was elevated to the position of Deputy Whip while Emmanuel Okoduwa was made a co-opted member of the principal officers’ council.