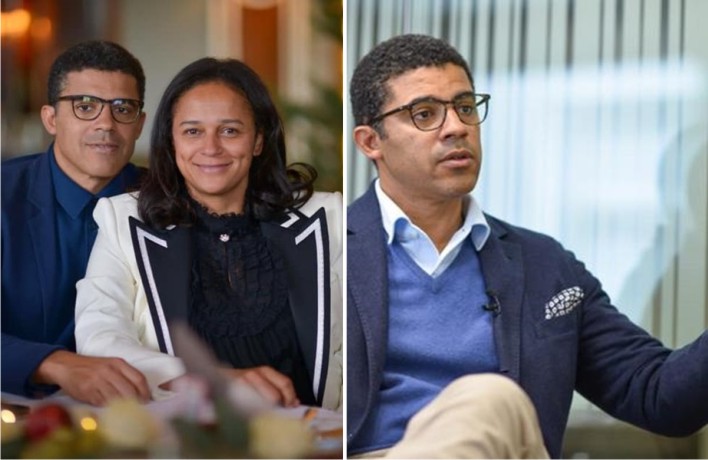 Sindika Dokolo, the husband of Africa’s richest woman, Isabel dos Santos, has died in a diving accident in Dubai.

According to reports, the 48-year-old Congolese businessman and art collector died in a diving accident in Dubai on Thursday, October 29,2020.

A friend of the deceased, Cedric Mala, was quoted as saying Dokolo was an experienced diver, but he could not be revived after getting into trouble.

“Unfortunately the last outing was fatal. The doctors tried to resuscitate him without success,” Mala said.

“The Dokolo family, his wife, children, mother, brother and sisters have the deepest sorrow and immense sadness to announce the passing of Sindika Dokolo, which occurred on October 29, 2020, in Dubai,” said an announcement on Dokolo’s Twitter on Friday.

Isabel dos Santos, 47, has not commented on the death, but on Thursday she posted a photo of her and Dokolo with their youngest son on Twitter without a caption. The comment session was flooded with heartfelt messages.

Dokolo was the son of the late Congolese businessman Augustin Dokolo Sanu, whose fortune he inherited after his death in 2001.

Prior to his death, Dokolo and his billionaire wife Isabel, the daughter of Jose Eduardo dos Santos who ruled Angola for 38 years until 2017, were being investigated over a $1.136 billion (432bn) mismanagement of state funds. Their assets were frozen over this in December 2019.

The couple only moved to Dubai in early 2020, following the opening of several investigations for allegedly diverting properties from the Angolan government. Dokolo and Isabel, who both got married in 2002 have three children together.