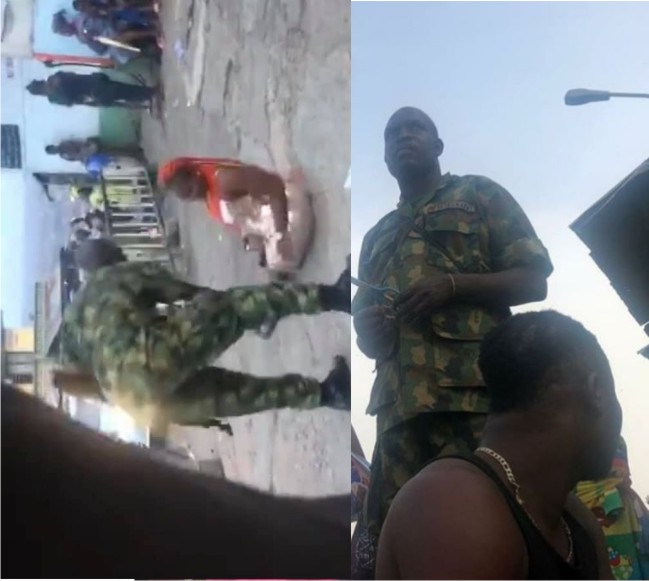 Residents of Beere community of Ibadan, Oyo state have raised alarm over the dehumanization and extortion they are currently going through in the hands of officers of the Nigeria Army carrying out Operation Burst in the area.

In a series of videos shared Twitter, a soldier was seen flogging a woman for allegedly dressing ‘indecently’. Another soldier was also spotted cutting the hair of some passers-by after allegedly extorting them.

An eyewitness alleged that residents of the area now live in fear following the “extreme actions” of the “Operation Burst” soldiers in the state where there is no curfew. One of the soldiers was also identified as “O. Adesina”.

Watch the videos below;