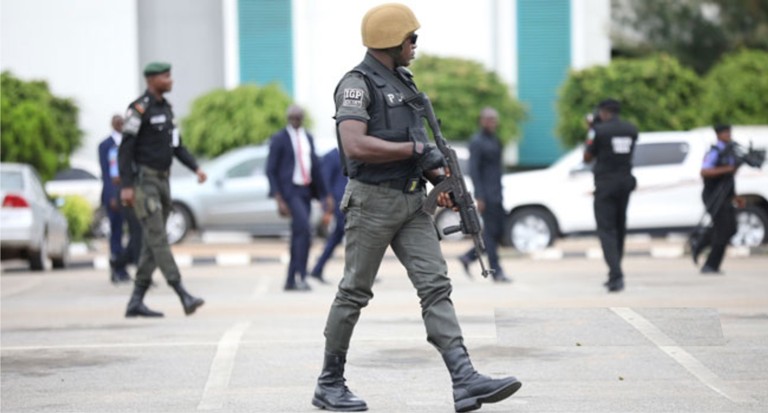 Eighteen police officers have been reported kidnapped by suspected bandits around Farin-Ruwa junction along the Birnin Gwari- Funtua road in Kaduna State.

The policemen were said to be travelling from Minna in Niger State to Kano State when they were attacked on Friday.

However, according to SaharaReporters, about 10 of the police officers were later rescued by military operatives at Maganda on Saturday.

The Kaduna State Police Command or its spokesman, Mohammed Jalige is yet to speak about the incident as at the time of filing this report.

However, Birnin Gwari Emirate Progressives Union (BEPU) Chairman, Barrister Salisu Haruna, confirmed the attack in a statement, adding that police officers around Dogon Dawa and other nearby communities had been informed of the incident.

“The 18 police officers, who are on surveillance along Birnin Gwari Funtua road, were attacked on Friday. As at the time of filing this report, we could not ascertain the number of casualties. Eyewitness feared that some of the police officers were killed while others are said to be missing in the bush.

“Reports confirmed that two police have called via phone to inform home that they were attacked and that they could not locate their location.

“Similarly, Birnin Gwari Emirate Progressives Union (BEPU) reports that on Thursday an unconfirmed number of bandits have ransacked Damari village in Dogon Dawa constituency of Birnin Gwari local government area. The bandits who came on several bikes were said to have carted away heavy food commodities and stole many motorcycles. They did not kill anyone. They spent three hours in Damari village without any confrontation by the security.

“Birnin Gwari Emirates Progressives Union begs the government, upon who the protection of our lives and property is reposed on, to sit up and face security issues in Birnin Gwari squarely until victory is ascertained.”