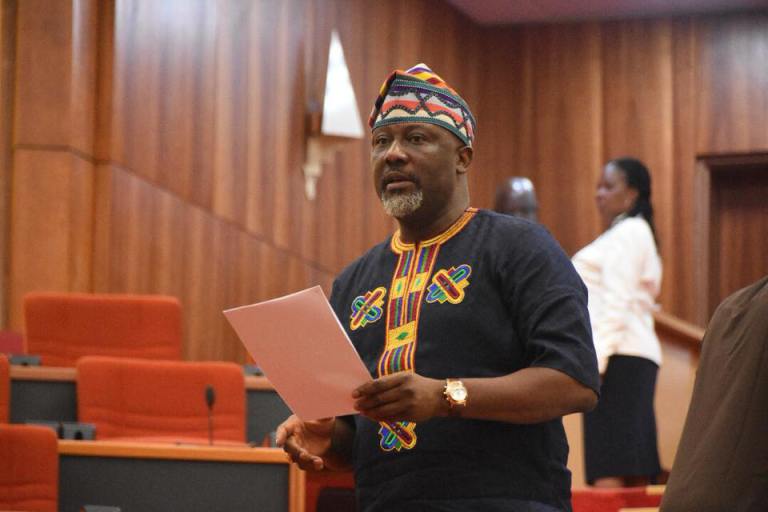 The Senator representing Kogi West Senatorial District, Dino Melaye, has signified his intention to join the governorship race in the state.

The Senator made his intention known on Saturday at a meeting of the leaders of the People’s Democratic Party, held at the Ayetoro Country home of Major General David Jemibewon (rtd).

The media aide to the Senator, Gideon Ayodele, who confirmed the development to Punch via telephone on Saturday said that Senator Dino Melaye was responding to the call from the PDP leaders present at the meeting, asking anyone interested in contesting to signify intention within two weeks.

“At this point, Senator Dino Melaye stood up and informed the meeting of his intention to join the race to Lugard House, the seat of Kogi state government come November,” Ayodele said.

According to him, the party leaders present also threw the door open for anyone from the Kogi West zone to inform the party within the next two weeks to enable the party screen them and prepare to work for the contestant.

So far, Senator Dino Melaye is the only candidate from Kogi West who has shown interest.