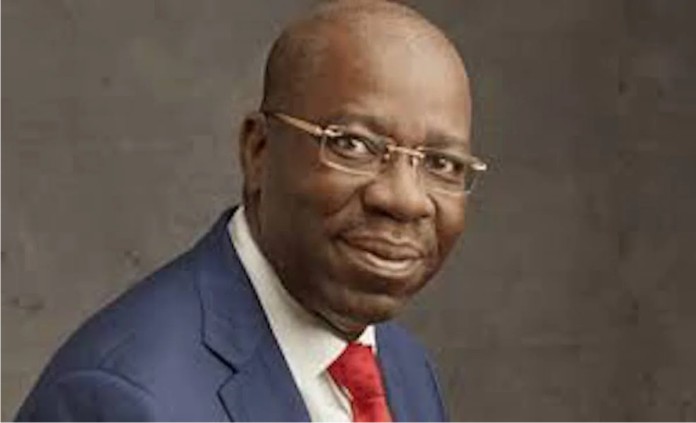 The Executive Governor of Edo state, Godwin Obaseki has resigned his membership of the All Progressives Congress (APC).

This is coming days after the governor was disqualified from contesting in the primaries of the All Progressives Congress (APC) for 2020 Edo gubernatorial election.

The resignation was made known by the Edo state governor, Obaseki on Tuesday while addressing the State House Correspondents on Tuesday on his way out of the Presidential villa.

He also debunked allegations that his credentials were not original.

Recall that the National Working Committee (NWC) of the All Progressives Congress also upheld the verdict of both committees that maintained that Governor Obaseki stands disqualified owing to his ineligibility in the wisdom of the party in the forthcoming governorship election in Edo State.