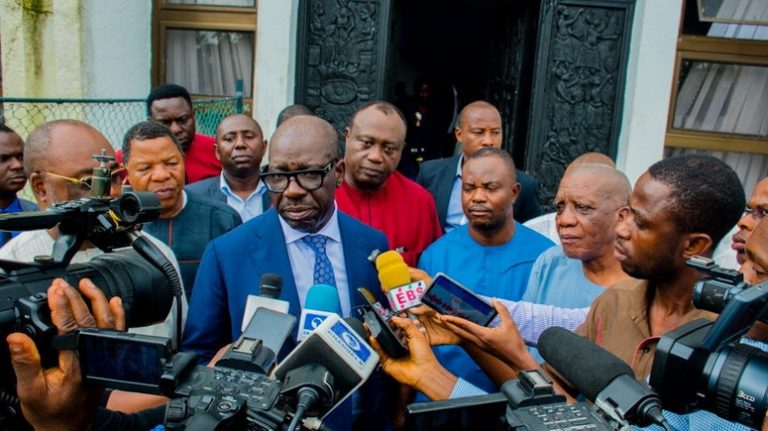 Governor Godwin Obaseki alongside his deputy, Philip Shaibu and the Speaker of the Edo Assembly, Francis Okiye stormed the State House of Assembly complex following reports of police takeover.

Governor Obaseki was reportedly at the Assembly to allay the fears of any move to impeach him.

He assured that any move to impeach him will not succeed as he has the full backing of lawmakers.

The security officials had stormed the Assembly complex on Thursday morning and stationed patrol vehicles around the area.

It was gathered that the move was to forestall an alleged planned attack on the facility.

However, as the tension heightened today, engineers were quickly mobilised to the complex to start removing the roof of the building for the said renovation, as seen in the video below.

See more photos from the scene below.