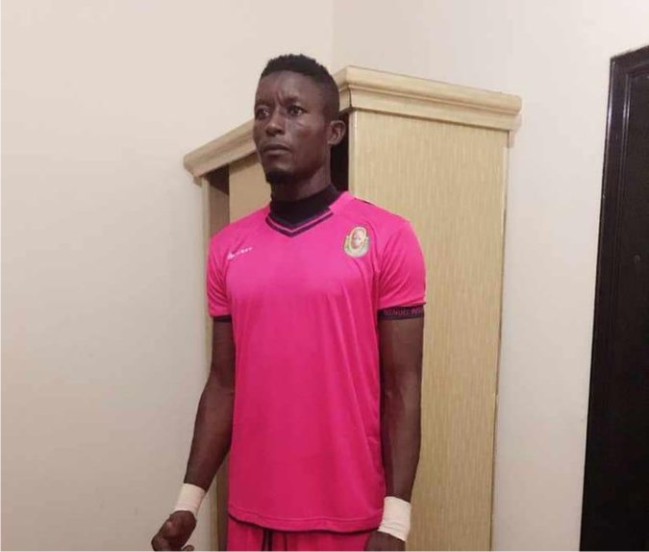 A Nigerian goalkeeper who was playing for the National League team, Bendel Insurance, has died after a brief illness.

According to reports, Goalkeeper Umar Ahmad Jalingo, before his untimely demise, was hospitalized at the Federal Teaching Hospital in Gombe, where he was treated after he seriously fell ill.

Since the National League and football in general in Nigeria have been suspended due to Covid-19, Umar Jalingo had the chance to treat himself at the hospital, Legit NG reports.

It was gathered that the goalkeeper later got better and was discharged on Wednesday, May 27 by the doctors who treated him at the hospital.

Unfortunately, Umar Ahmad Jalingo died 24 hours later after failure to wake up from his sleep throwing his family and football fraternities in Nigeria into mourning.

Umar Ahmad Jalingo died at the age of 27 and left behind a wife Hajia Zuleha and four children who are living in Gombe.

His club, Bendel Insurance FC mourned him in a statement released by its media officer, Kehinde Osagiede. The club described the death of Umar Jalingo as a great loss.

”It is unfortunate that we have lost one of our players Umar Ahmad Jalingo and the club are in pain and sorrow for the shocking demise as we pray that God should give the family, friends the fortitude to bear the loss,” Osagiede said in a statement.

Vandrezzer FC also paid a tribute to the late goalkeeper as they commiserate with Bendel Insurance and his family.