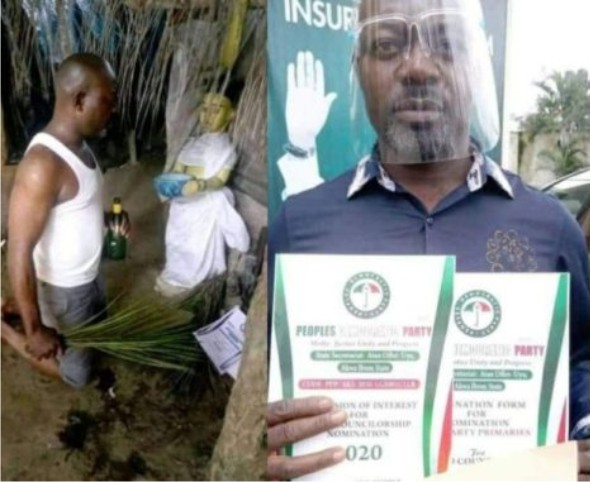 Friday Etim Ukim, a councillorship aspirant of the Peoples Democratic Party (PDP) in the forthcoming 2020 Local Government Elections in Akwa Ibom State, has opened a discussion on religion after taking his nomination form to a shrine to pray for victory.

Ukim, an Aspirant of Ward 7 in Urueoffong/Oruko Local Government Area, was spotted in a picture visiting the deity he believes in.

In the photos shared online, the aspirant placed the two nomination forms in front of the deity, held a bottle of gin and made supplications while holding palm fronds on the other hand.

The action of the aspirant has generated different reactions. Some found it inappropriate that he went to a shrine while others say he committed no crime and has the right to worship whatever he likes.

See some reactions below.