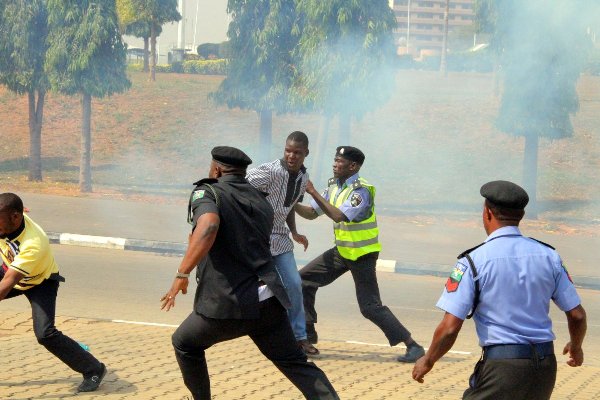 Trouble started when residents of Kawo area in the early hours of Monday received information that, there are some kidnappers numbering about three, attempting to abduct some members of the community.

The residents according to an eye witness immediately blocked roads leading in and out of the community and chased down the kidnappers and along the line, one of the kidnappers was caught and burnt instantly.

However, men of the Nigeria Police upon receiving information that there is chaos in the area immediately came to disperse the mob, shooting into the air and along the line hit some people in the crowd, where one person was killed and several others sustained various degrees of injury.

An eyewitness, Sadi Dauda said “I sighted large crowd from afar and immediately rushed down. Kawo community people received information that some kidnappers numbering about three were operating in Sabon Kawo and immediately blocked the roads.

“They chased down the kidnappers and killed one of them. Immediately police got to the scene, they started shooting sporadically to scare away people and they shot an innocent person dead. They shot 4 people in the process one is dead and the remaining three are in Kawo General Hospital.

“Now the residents are protesting that the kidnapper in the police custody be released so that they can do instant justice. They said they won’t leave unless he is released.” Dauda narrated.