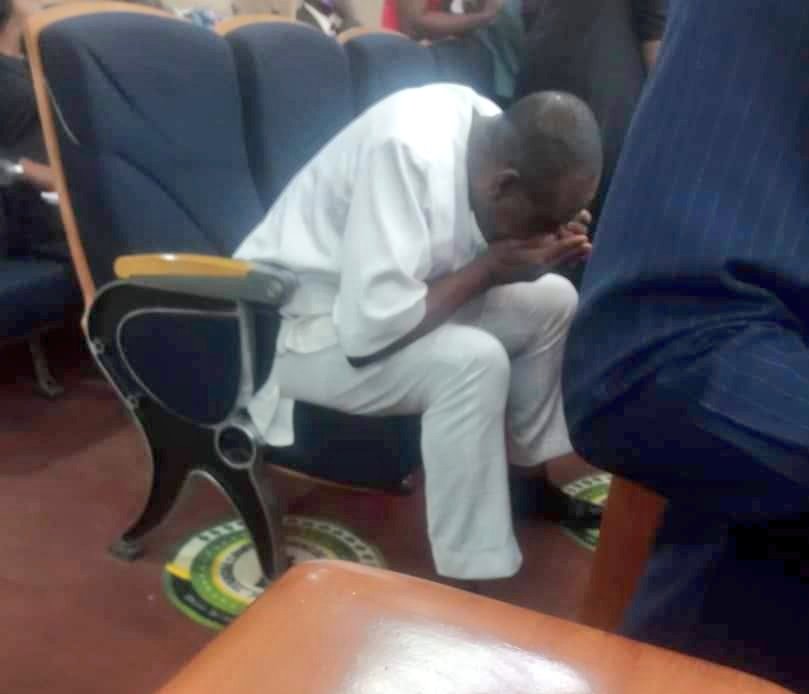 Former Bayelsa Deputy Governor-Elect, Senator Biobarakuma Degi-Eremienyo broke down in court as the Supreme Court dealt him and his principal, David Lyon, another heavy blow.

The Apex court today dismissed the application brought by the All Progressives Congress (APC) for review of the February 13th judgment which sacked its candidate David Lyon and his deputy, Senator Biobarakuma Degi-Eremienyo.

As if that was not enough, the Apex court also slammed them N10million cost to be paid by each of their lawyers for bringing the ‘frivolous’ application to the court.

Recall that the Supreme court on 13th February found Degi-Eremienyo guilty of certificate forgery due to the multiple names on the academic certificates he submitted to the Independent National Electoral Commission (INEC).

While reading the judgment today, Justice Amina Augie stated that the application for review of earlier judgement lacked merit and the decisions of the court are final.

She added that the applicants failed to point out errors, stating that the judgment is final for all ages.

The apex court judge said the judgment is final in the ‘real sense’ and no court on earth can review the judgment.

“There must be an end to litigation even if we review this judgment, every disaffected litigant will bring similar applications and the finality of Supreme Court judgments will be lost.”

She added that the applications are frivolous and vexatious, and awarded the cost of N10 million against the applicants to be personally paid by their counsel.

Justice Augie added that each of the lawyers must pay N10 million to each of the three respondents – the Peoples Democratic Party, Governor Duoye Diri, and the Deputy Governor of Bayelsa State, Lawrence Ewhruojakpo, bringing the total amount to be paid to N60 million.