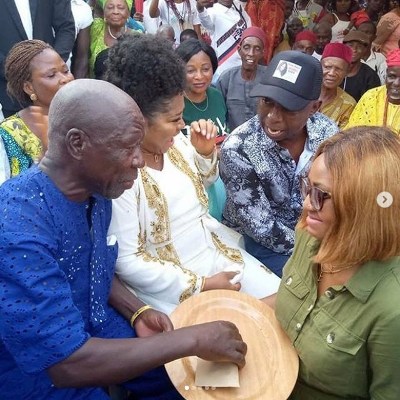 Certain pictures believed to be from the traditional marriage rites between Nollywood actress, Regina Daniels and her billionaire husband, Ned Nwoko have emerged online.

The photos surfaced on Tuesday, May 28th shortly after a man identified as Jude Ojeogwu claimed he is Regina Daniels’ biological father and claimed not to know anything regarding Regina’s marriage to Ned Nwoko. Read the previous post here.

See pictures of the marriage rites below.