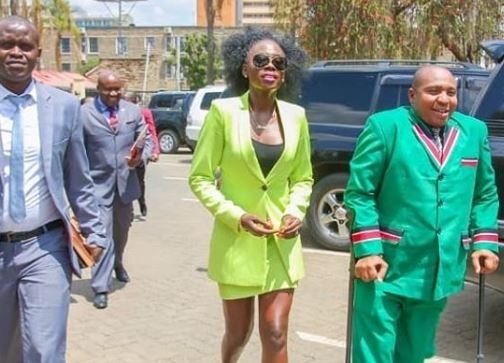 Popular Kenyan singer, Akothee was embarrassed when she appeared in a lemon mini-skirt suit to address the Kenyan Parliament.

Just like a movie, Akothee was ordered to cover her legs with a wrapper before speaking with the lawmakers.

Akothee was at the parliament to appeal to lawmakers to do more to assist the estimated one million drought victims in the north-western Turkana region.