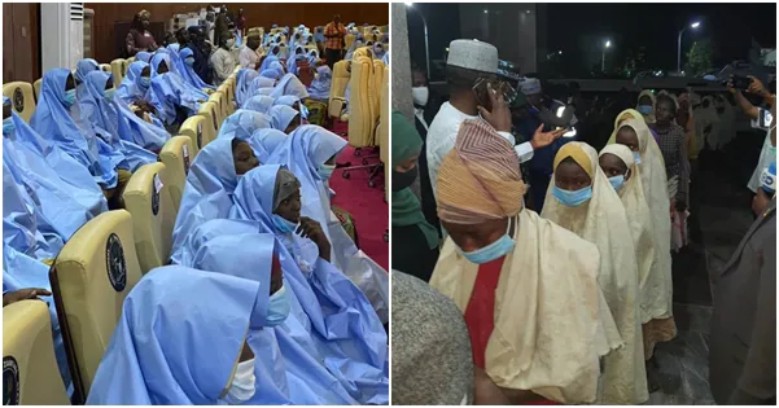 More stories continue to emerge as recently freed schoolgirls who were abducted from Government Girls Secondary School, Jangebe, Zamfara state, continue to narrate the ordeals they faced during captivity.

In a new update, one of the girls, Hunainatu Abubakar, told The Tribune that she saw her father who was kidnapped over three months ago in the custody of the bandits.

She however stated that her father told her not to allow the bandits to know that they were family members to avoid being avoid giving them a reason to kill either of them.

PM News also reported that another student, Hafsat Anka, said the bandits threatened to kill, fry, and eat them if they misbehaved.

Hafsat stated that they trekked over a long distance from the school and had a stopover for some hours before they reached their destination. She said the bandits wore military uniforms and claimed they defeated the security officials by invading the school and successfully whisking the girls away.

Meanwhile, the governor of Zamfara, Bello Mohammed Matawalle has said that some power-drunk politicians in the state who stay in Abuja are behind the incessant kidnappings in the state. The governor vowed to arrest any politician who enters the state with the intention to use thugs to foment trouble.