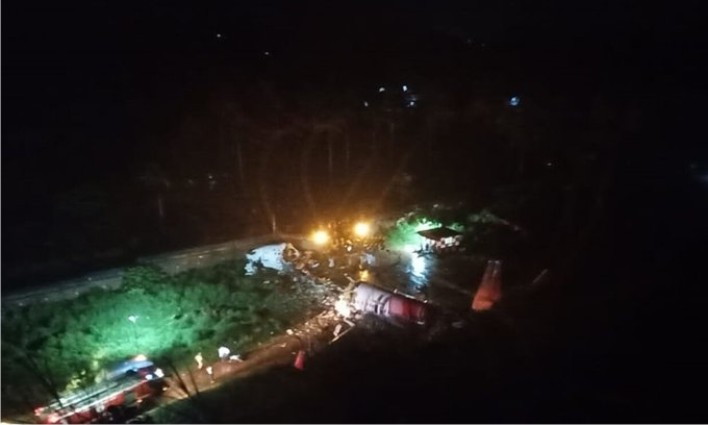 No fewer than 14 people have been reported killed and dozens wounded after a passenger jet skidded off the runway after landing in heavy rain in the southern state of Kerala, India.

The Air India Express flight from Dubai was repatriating Indians stranded overseas amid the coronavirus pandemic.

The plane was carrying 190 passengers and crew, the civil aviation ministry said in a statement. Among them were 10 infants.

“I can confirm at least 14 deaths overall. Another 15 passengers have critical injuries. It is still a developing situation,” senior local policeman Abdul Karim was quoted as saying by AFP news agency.

“We have at least 89 people, many of them with serious injuries, admitted at different Kozhikode hospitals. The ambulances are still coming in,” said Sujith Das, another senior police official.

“We have been told that all those who have survived the crash also have some form of injuries.”

The Kerala state police chief said at least 15 people had been killed, with at least four passengers stuck the wreckage.

The plane’s fuselage split into two as it fell into a valley 30 feet below, authorities said. The civil aviation ministry said There was no fire ot board.

Indian Prime Minister Narendra Modi tweeted that he was “pained by the plane accident”.

Amitabh Kant, who heads the government’s planning commission, said the runway is on a hilltop with deep gorges on either side, making it difficult to land.

“The incident happened because of heavy rains and poor visibility. This is truly devastating,” he told NDTV.