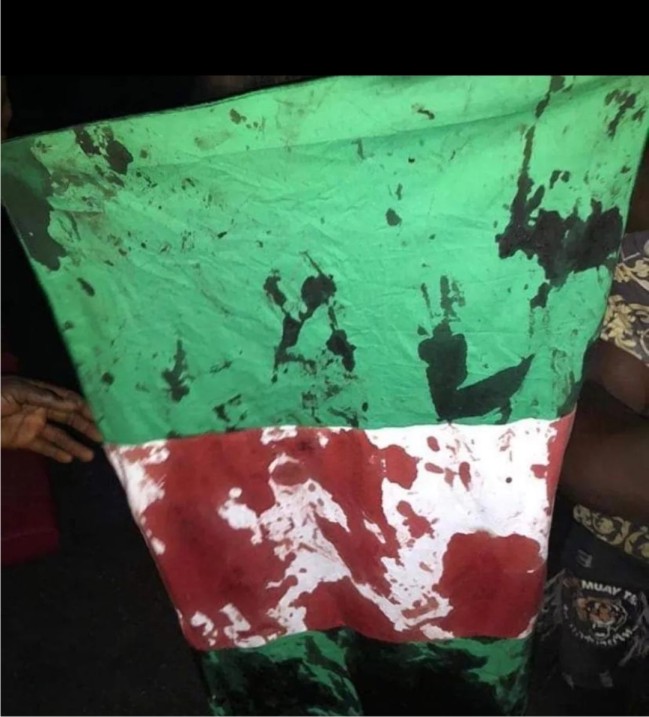 Nigerians on Tuesday night, witnessed what has already being described as Genocide following shootings and open massacre of compatriots who were at the Lekki Toll Gate participating in the ongoing #EndSARS protest.

The unarmed peaceful protesters from the scene reportedly agreed to sit in when the military arrive so that there will not be provocation. Still, the soldiers went to them and started shooting anyway.

Video captured by popular Disc Jockey, DJ Switch, who live-streamed from the scene showed how the Nigerian soldiers were continuously shooting at protesters who were demanding an end to police brutality.

Protesters also reported that ambulances that were headed to the scene were prevented from accessing the area to evacuate those injured to the hospital.

See some videos from the scene below.