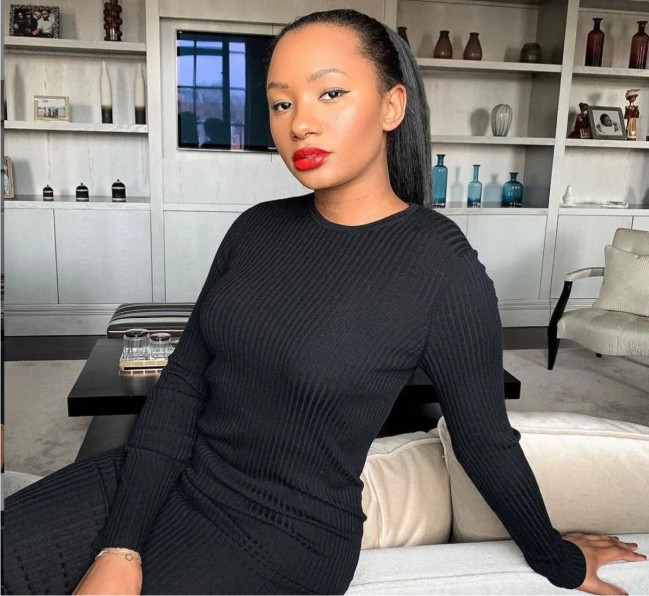 Temi, daughter of billionaire businessman, Femi Otedola has opened up on how she felt kissing Gabriel Afolayan, in the movie, Citation.

While speaking in an interview with, The Punch, the fashion enthusiast who just landed her first acting job revealed that it felt weird kissing on screen.

She also revealed that her musician boyfriend, Mr Eazi, has no problem with the kiss.

She said, “He knows that for me it is work at the end of the day and I would not have been able to take this role if I did not have that relationship with Koyejo (Gabriel Afolayan). He has always been supportive and I am really thankful for that.

“Honestly it was weird of course, on set, but everyone was made to feel comfortable and you just have to see it as work. There is real life and there is work. We tried to do those types of scenes especially the assault scenes as few times as possible because they could be emotionally draining.”

Meanwhile, commenting on the kiss his girlfriend shared with another man on screen, Mr Eazi The Punch, ‘She was on the job.’

The singer went on: “She was on the job so it was not Temi doing that, it was Moremi; so Moremi is different from Temi. I did not feel anyhow because she was on the job.

“Watching the movie, I felt awesomely proud; I felt super proud of her on her debut movie. It is a beautiful movie and she portrayed such am emotional role and seeing her be able to put it on screen. At some point, I remember I was sitting beside her and I asked, ‘who is this person I am seeing on the screen?’ because I was seeing a different Temi which just goes to show how good she was and I feel this is just the beginning. I am super proud of her.”