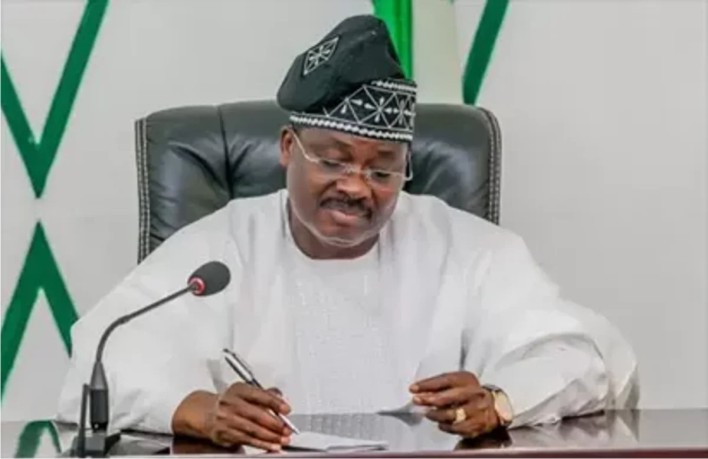 Information is still coming in regarding the delay in the funeral of the late former Governor of Oyo State, Senator Abiola Ajimobi who is yet to be laid to rest days after his death.

Adetutu Balogun has shone more light on the clash between the family and the state government. According to her, the reason why Ajimobi’s burial is being delayed is;

1. During his time as Governor he usurped a choice land near Government house that actually belongs to the Oyo state government and built a magnificent mansion there.

2. Oyo state government has since seized the house, so the Ajimobis are left with their house on Oluyole and that’s not Florence wants to bury her husband. They want to bury him in the magnificent mansion he illegally built on government land.

3. So first of all they called the VP Osinbajo and asked him to plead with Seyi Makinde, which the VP did but Seyi refused saying that land if well utilized will fetch the state government so much in revenue and that he has also looked away at other anomalies of the Ajimobi Govt.

4. But this property he won’t let it go. He said Florence Ajimobi was intentionally scheming to bury her husband there so that they would by that means take possession of the property once again. When the VP couldn’t convince Seyi, they called Obasanjo to talk to Seyi

5. but knowing Obasanjo he probably didn’t bother Seyi with such as no feed back came from him. So now they are planing to bury anywhere but that mansion beside government house.