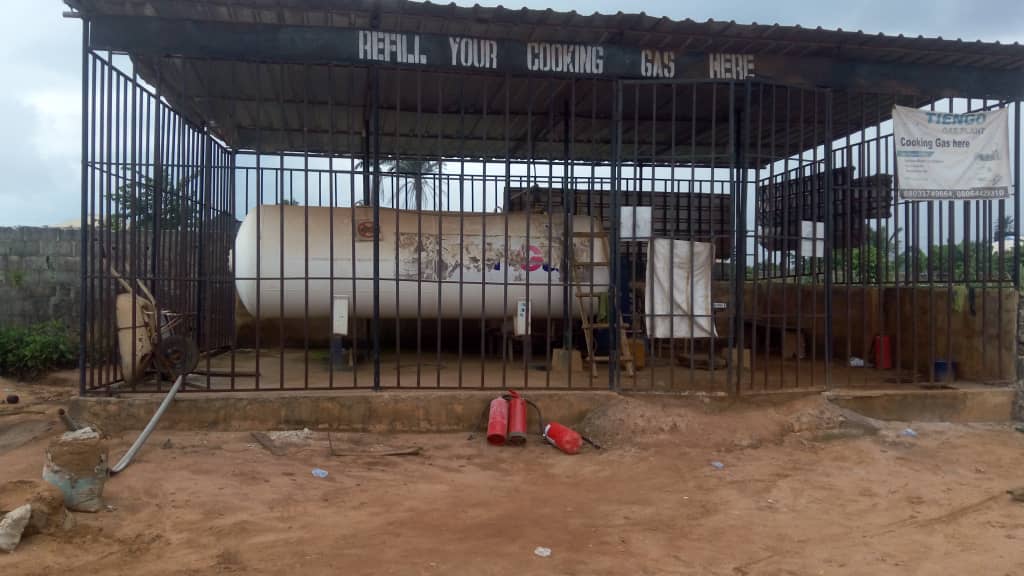 The lingering crisis between the management of Tiengo Gas plant located at Umuoma, Nekede in Owerri West Local government of area of the Imo state and the host community has taken a new turn as company begins a serious maintenance work and possible re-opening of business at the plant despite the order of Imo state government to shut down the station.

Expressive Info gathered that the efforts of the state government to resolve the crisis between the community, the family of the bereaved and the directors of the plant has proved abortive.

Expressive Info recalls that an inferno caused by a gas tanker discharging its product recently erupted at Tiengo Gas Plant and in the process roasted a family of five who died in the incident.

Deputy Governor Professor Placid Njoku visited the scene of incident then to confirm the tragedy. The station was sealed thereafter.

However, the Director of the station has shun all orders by government and continued his operational work at the gas plant without due approval of government.

Information reaching us from the residents of the area revealed that the management of the gas station has continue to prove recalcitrant over its order of relocation by government and maintained that he will site the gas station same place.

Sources also hinted that the allocation paper given to him was through a backdoor service of the management of IMO OCDA whose jurisdiction did not empower the establishment of the gas plant against the approval of DPR.

Meanwhile the affected family of Mr Onyekpandu Ekeada have since been left with the pains of the incident till date and calling on the government for assistance.

The community members are also calling for immediate stoppage of work at the site and settlement of the affected family.

The director of the gas plant was unreachable when contacted at the time of this report.