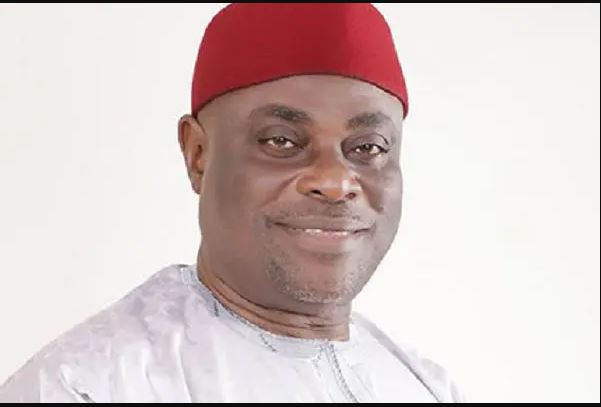 It is has been the persistent practice of meddlesome interlopers like Edozie Njoku and co, to create confusion and may be distract every genuine constitutional APGA activities.

The integrity of the highly respectable apex court of the federal republic of Nigeria can not be toyed with or brought to disrepute by anybody whosoever.

This intermittent abuse and publication of the supreme court’s orders, rulings or judgements by Edozie Njoku and Jude Okeke should be addressed with serious quantum measure to avoid unprecedented crisis.

The supreme court should frown seriously at this and take immediate action.

The supreme court of Nigeria should look into this matter and bring these offenders to book.

APGA is a lawfully registered political party and has Ozonkpu Dr Victor Ike Oye as it’s one and only national chairman recognized by INEC.

The unfounded false propaganda orchestrated by these quidnuc and intrusive political layabouts who are mere political freelancers sponsored by APGA traducers to attempt to impossibly distract APGA faithfuls.

It is obvious that these buttinsky and medlesome interlopers need to be taught some hard lessons, to curb their excesses.

It is important to reiterate that there is no such supreme court review that altered the status quo, in other words it is mere false rumour propagated by jobless ramblers and wayfarers.
It is high time these criminal mauruders be brought to book.

It is equally pertinent that the general public be informed that there is no such judicial review sought for by unknown and unidentifiable Jude Okeke in the supreme court of Nigeria at all.

This physically inexistent Jude Okeke commonly used as political hacker , should stop henceforth or face the wrath of the law.