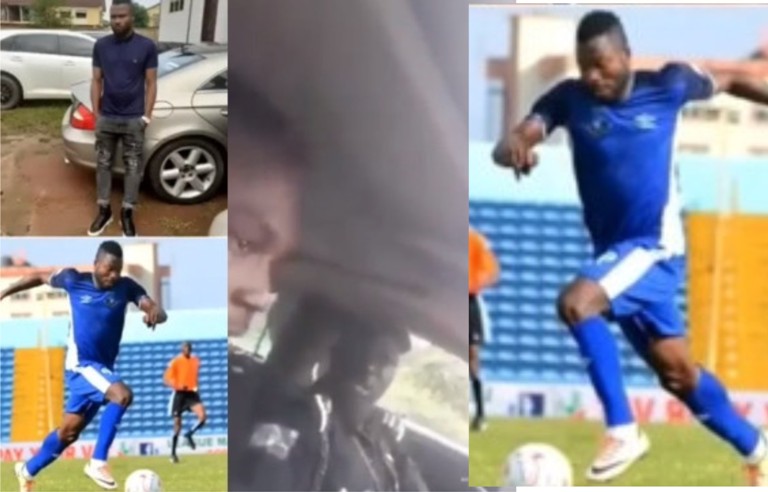 Enyimba FC player, Stephen Chukwude was able to record the harassing encounter he had with a police officer who suspected him to be an internet fraudster, because according to the policeman, any youth who owns a Mercedes Benz is a Yahoo Boy.

In the video that has gone viral, Chukwude is heard asking the police officer what else he wanted after showing him his I.D card and also opening his car’s boot which all confirmed he is a footballer.

It was then that the dissatisfied policeman countered his statement by alleging that any youth who owns and drives a Mercedes Benz is a yahoo boy.

Having noticed that the footballer was filming the encounter, the police officer started dragging the his phone. Watch the video below.