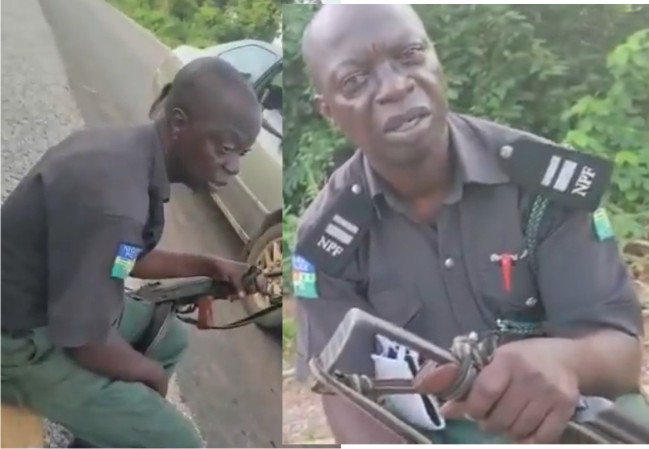 A police officer has been caught on camera seeking a bribe from a man driving without a tint permit.

In the video shared online, the police officer is seen telling the man to bring cash as he doesn’t take a transfer. When the erring driver consistently pleaded with him, the officer responded, “Na please I wan chop?”.

Meanwhile, after the video went viral, Nigeria Police Force announced later that the officer has been identified and arrested.

His arrested was disclosed in a tweet by the Police complaint unit.

”The officer who was seen in this viral video behaving in an unprofessional and corrupt manner, has been identified, arrested, disarmed and detained for further investigation and disciplinary action. Ekiti PPRO.”