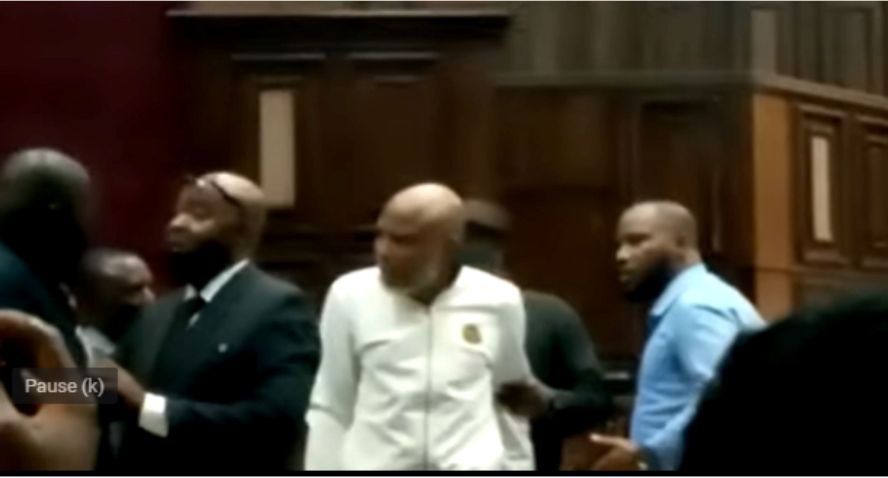 The trial of the leader of the Indigenous People of Biafra (IPOB) Nnamdi Kanu has been adjourned to January 19 and 20, 2022.

The adjournment followed his appearance before Justice Binta Nyako Federal at a Federal High Court in Abuja on Wednesday.

Before then, the IPOB leader was caught on camera engaging in an argument with security agents in court before proceedings started.

Kanu was protesting the refusal of the Department of State Services (DSS) to allow some of his lawyers access into the Courtroom.

This comes after the secret police had barred lawyers, journalists, and traditional rulers from entering the court building at the resumption of his trial.

Below is the video that captured the moment.