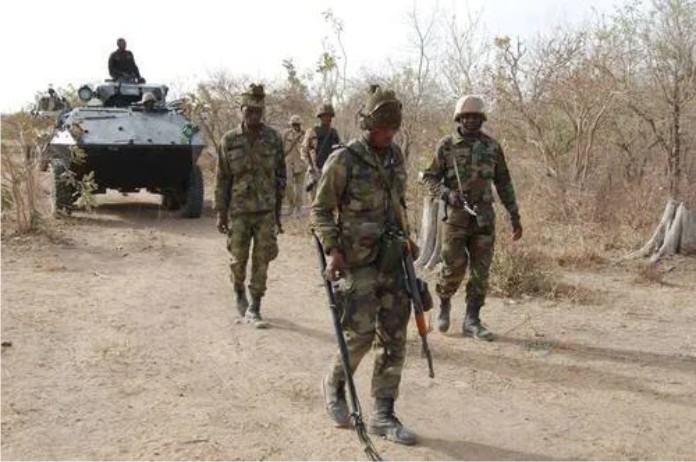 A video that has now gone viral on social media platforms shows some soldiers of the Nigerian Army lamenting that they have been abandoned in the fight against Boko Haram insurgents.

As seen in the video, an Army truck was on fire in the background after it ran into an explosive device planted by the terrorists.

A recovery truck, one troop-carrying vehicle, and a water tanker that ran into the IED were destroyed by fire in the ambush in which 3 Boko Haram terrorists were also killed.

It was gathered that the ambush resulted in the death of two soldiers and also left three others injured.

The surviving soldiers were also seen in the video cursing the Chief of Army Staff Lt. Gen Tukur Buratai.