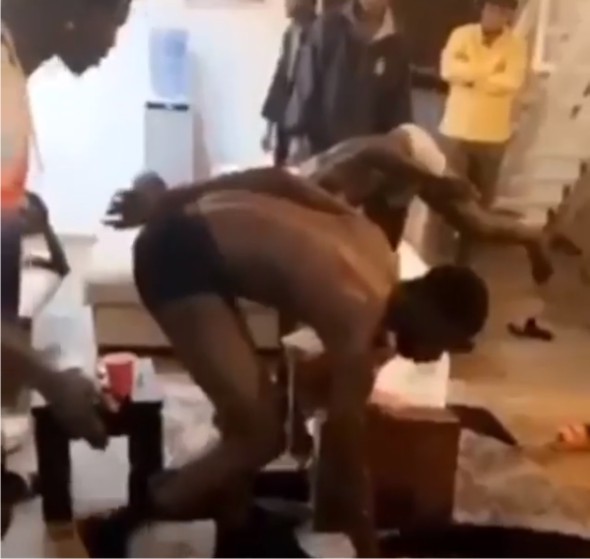 Aggrieved Yahoo boys (internet fraudsters) have tracked down their fellow fraudsters who defrauded them.

The aggrieved yahoo boys were seen in a viral video, subjecting their “colleagues” who stole from them to punishment they deemed fit. They further vowed to torture the culprits till they pay back the money they stole.

As the video hit the internet, some are wondering why they feel aggrieved about being defrauded when they make a living by scamming innocent people of their hard-earned money.

Watch the viral video below.