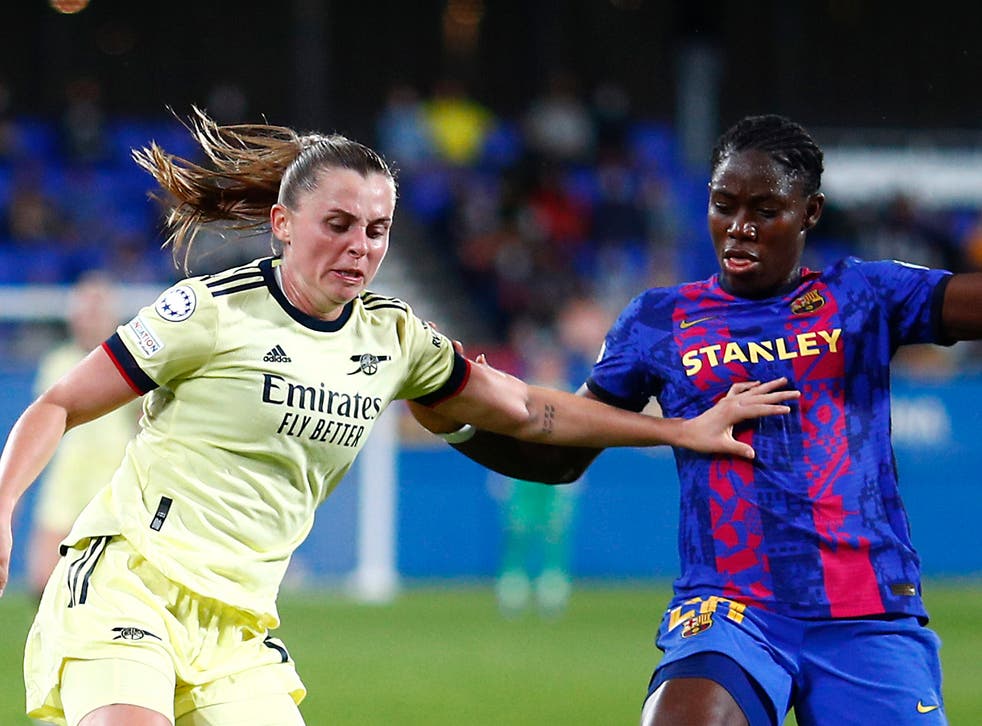 Nigeria’s Asisat Oshoala was a nightmare for Arsenal as she helped her team, Barcelona Women trash Arsenal Women 4-1 on Tuesday at their UEFA Women’s Champions League opening game.

The impressive Oshoala who is also a former Arsenal player scored the third goal of the match after assisting the first two goals.

It is no doubt that Arsenal have had a great start to the season. However, the ruthless Barcelona team made them look clueless.