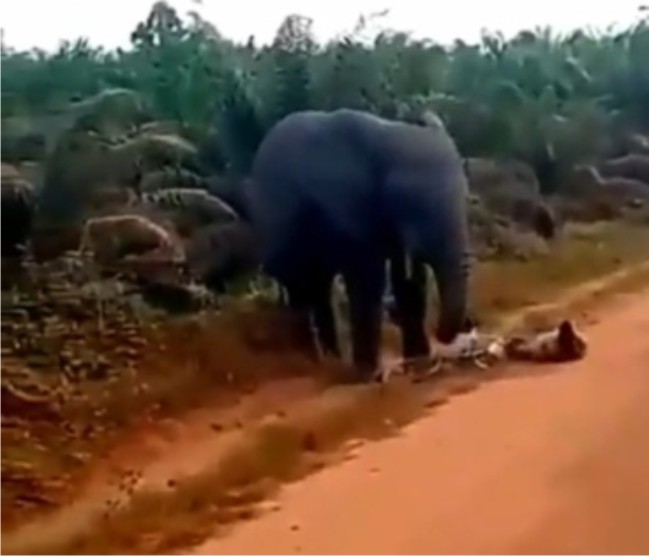 A bicycle rider was lucky to have escaped after he was attacked by a giant elephant that seized his bicycle.

In the scary video that has been shared online, the elephant lifted the man from the bicycle and dropped him on the ground.

At a point, the elephant lifted the bicycle and hit the man with it. It even appeared ready to stomp him with its feet.

An eyewitness who was filming the incident is heard screaming, “Pardon, pardon.” He also screamed at the man to escape.

It is not clear in where the incident happened. Watch the video below.