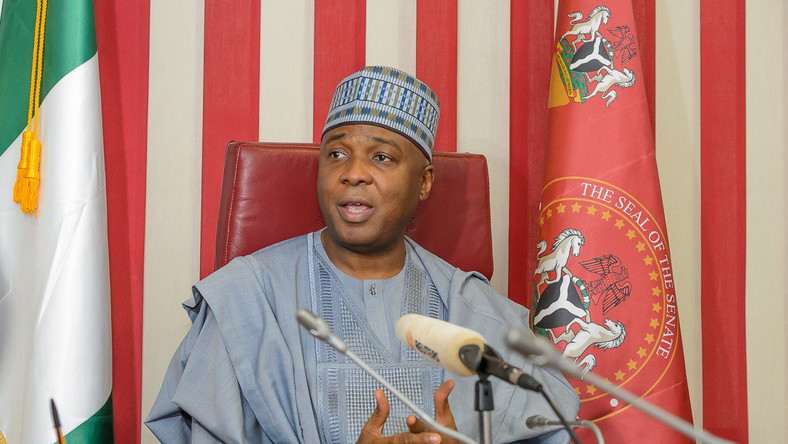 The Economic and Financial Crimes Commission (EFCC) has explained why the former Senate President, Dr. Bukola Saraki was in its office.

It was widely reported on Saturday that EFCC arrested the former Senate President.

But EFCC spokesperson, Wilson Uwujaren confirmed to the News Agency of Nigeria (NAN) that Saraki was invited for questioning over allegations of corruption and money laundering.

Uwujaren stated that the immediate past Senate president was in the commission’s custody for continuation of interrogation.

Meanwhile, Saraki in a statement explained that he was not arrested but on his own volition went to the EFCC’s office.

“It would be recalled that following the order of the Federal High Court, Abuja, on the Fundamental Human Rights case filed by Dr. Saraki during the period of the former chairman of the EFCC which precluded the commission from investigating the former senate President until the matter is dispensed with, the commission at the last hearing on July 14, 2021, pleaded with the judge that the order was preventing them from doing.”

According to Saraki, he had nothing to hide and was at the commission’s office to clear the above matter.