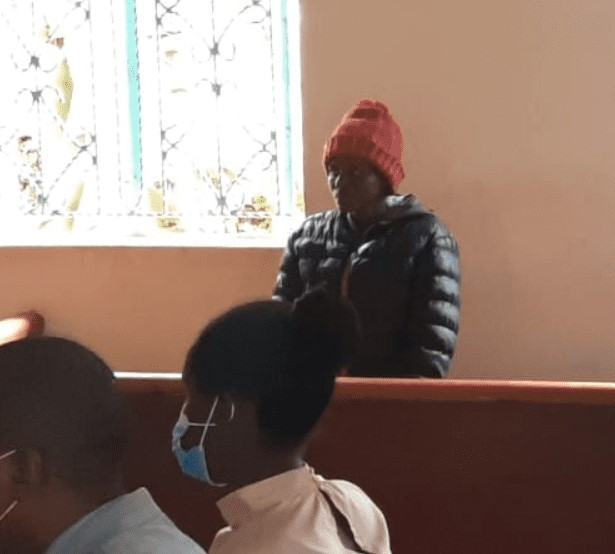 A 27-year-old woman in Machakos County, Kenya was arraigned in court on Monday, July 19, for allegedly poisoning her two children aged 6 and 5, killing one of them.

Mary Nduku, a mother of three, reportedly committed the act on Saturday evening, July 17, after she was confronted by her parents who demanded that she ends an incestious relationship with her 29-year-old uncle.

The woman allegedly fed her two children with pesticides used for spraying on livestock, in a plan aimed at killing them before committing suicide.

Her father Nicodemus Mwikya said his daughter had a trend of disappearing for years without a trace only to come back home carrying a child.

“My daughter gave birth to the firstborn and left for 4yrs without a trace, She came back with the second born, now the deceased, and again went away for another four years. Thinking she had gotten lost, she re-appeared with the third born who’s now one-year-old,” he said.

“Nobody knew she had a relationship with her uncle until the day it was discovered that she was visiting him in his house. Mbithi is my younger brother and that’s why we couldn’t approve the relationship,” said Mwikya.

The father of six said his daughter attempted suicide after her mother said she doesn’t want to see her because of the relationship with the uncle.

Even though the family has no idea whether their daughter and the uncle sired any of the three children together, her mother Teresia Mwikya said such a relationship is a shame.

“I said that marriage can’t work because of their blood relationship. Where in our society have you seen an uncle marry his niece?” she asked.

Machakos sub-county head of DCI Rhodah Kanyi has asked the community to report to the chiefs and village elders any case of incest.

“I would urge the community to report any intimate relationship between brother and sister or uncles and nieces so that they can be separated before a child is sired,” Ms Kanyi urged.

She said the department is hunting down for the young man to face charges of incest.

The Machakos children department has rescued the youngest child who has been taken to a rescue centre while the other aged six years is still recuperating at Machakos Level Five Referral Hospital.

“We have agreed with Machakos level 5 hospital social worker that after the boy is discharged, we would pick him to a rescue centre where they can be taken care of because they are now vulnerable,” said Machakos sub-county Children officer Emily Kimanzi.

The body of the deceased is preserved at the Machakos Level 5 Mortuary awaiting autopsy as police continue with investigation.