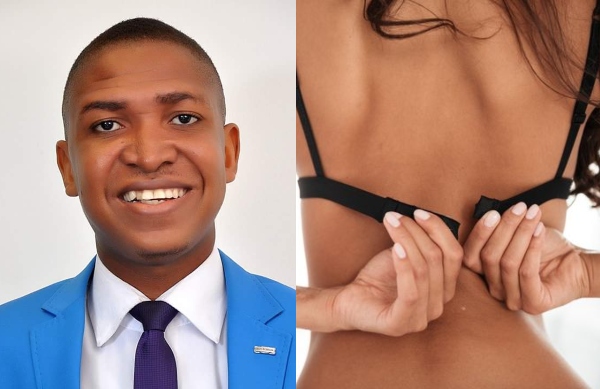 Relationship counselor, Frank Edem Adofoli has described women who beg for sex from their husbands as sick women likened to sick dogs.

In an article titled “Stop the rape and bad sex in Marriage. Women want affection and not sex”, the Ghanaian motivational speaker likened such women to sick dogs whose food has been reduced to bones instead of meat explaining that some men are so clueless and end up raping their wives and assume sex is what the woman wants.

Read the excerpt of his article below and tell us if you agree with him.

A woman who chases or begs the husband for sex is a sick woman. She can be likened to a sick dog whose food has been reduced to bone instead of meat. Some men are so clueless and they end up raping their wives and assume sex is what the woman want. Stop the rape and bad sex in Marriage. Women want affection and not sex

Don’t just force her to have sex, stop paying deaf ears to “I am not in the mood”, “its painful and not enjoyable”. Stop making excuses for her. Stop forcing women to fake orgasm and pretend they are enjoying sex with you when you fail to make her feel affection.

Lack of affection will cause a woman to cheat on her man and not frequently have sex. Dogs will leave the house where bone is served, to the house where meat is assured. If she is cheating on you despite you adjudging yourself as a superman in bed, check your affection level.