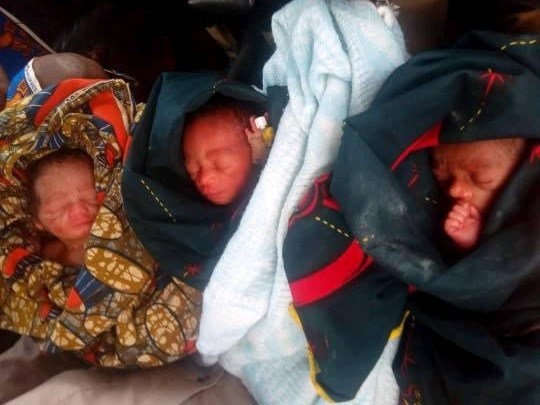 Two out of three premature triplets who were delivered in Obubra local government area of Cross River State on May 10, 2019 have died due to alleged negligence from the hospital and mismanagement of donations by their father.

It was widely reported earlier that the triplets delivered at a General Hospital in Obubra local government area of Cross River state were stranded and in need of incubation at Holy Family Catholic Hospital Ikom.

Following the media reports, the Director General of the Cross River State Primary Health Care Development Agency, Dr Betta Edu, immediately sort support for the babies and provided a generator and fuel to run the incubator for the three babies.

It was gathered that monies later sent for the upkeep of the children were allegedly mismanaged by the father and also the babies were allegedly neglected by the hospital such that ants got into their incubators, which led to the death of two of the babies.

According to Dr Betta Edu, “They were safely delivered at a PHC and referred to the next level of care because they were premature. This was a private hospital with an incubator. We brought and fueled generator at the hospital, donated items baby food amongst other things just to sustain the babies while medical care was being provided by the private hospital.

“We also got several persons to make donations to the father of the child to further sustain the children and pay bills at the private hospital. Unfortunately, the father never brought out any of those monies to support their stay at the hospital. For the allegations on neglect, we have not been able to establish that yet. We are carrying out an investigation to ascertain the cause of death of the two while we have asked the hospital to refer them to teaching hospital calabar.

“We will also impress on the father who is holding unto the donated funds and have refused to support their welfare to do so. We hope the premature baby left survives and the mother continues in good health. It is rather sad that despite all the effort put we lost them.