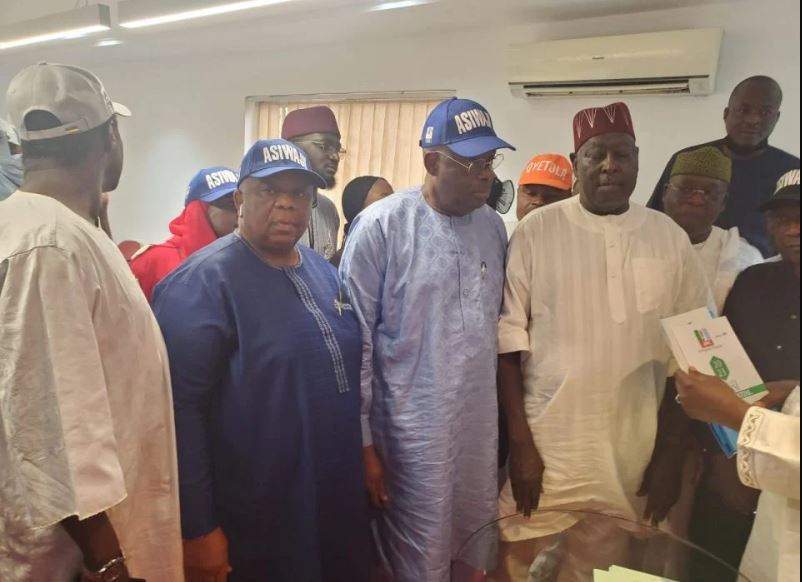 Members of the Tinubu Support Groups (TSG) led by Member, House of Representatives representing Ikeja Federal constituency, James Faleke and a former Secretary to the Government of the Federation SGF, Mr Babachir Lawal on Friday to pick a N100 million presidential Expression of Interest and Nomination forms for the national leader of the All Progressives Congress (APC) Bola Ahmed Tinubu.

The TSG which stormed the International Conference Centre ICC to purchase the forms is an umbrella organization for hundreds of groups working to actualize the presidential ambition of the former Lagos Governor.

Tinubu had in January announced his desire to succeed the incumbent President Muhammadu Buhari in May 2023.

He had told Aso Rock reporters that becoming Nigeria’s President was his “lifelong ambition” and that there was nothing wrong in a kingmaker becoming a king.

Already, Minister of State for Education, Emeka Nwajiuba; Kogi State Governor, Yahaya Bello; Senator Rochas Okorocha; amongst others have picked up the APC presidential forms while others are expected to follow suit in the coming days.