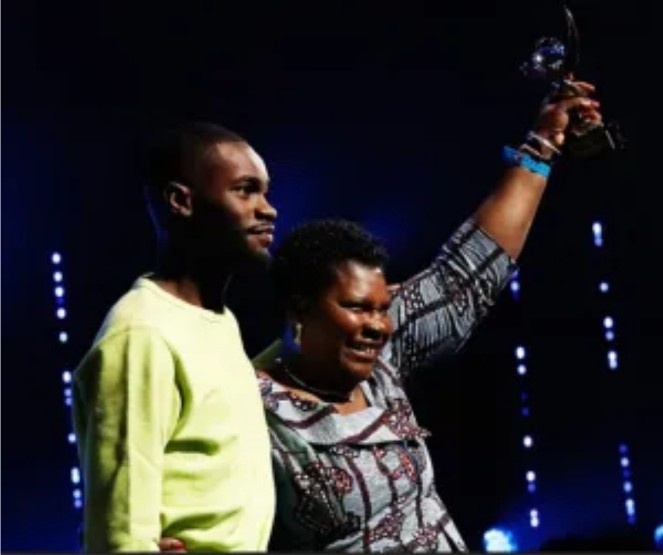 The album has been hailed as “the boldest and best British rap album in a generation”.

Released in March, Psychodrama entered the UK charts at number one and has sold 129,354, copies to date, according to BBC report.

“I did not expect this,” said Dave as he took to the stage and invited his mum to up come and join him.

He went on to dedicate the award to his mum, his family and friends, especially his brother, Christopher, who is serving a life sentence for murder.

BBC music reporter Mark Savage says Psychodrama was inspired by the therapy Christopher is receiving in prison, in which offenders role-play events from their past to help with rehabilitation; and finds the 21-year-old casting an eye over his own life to see what lessons he can learn. Its lead single, Black, focused on the perception of black people in the UK.