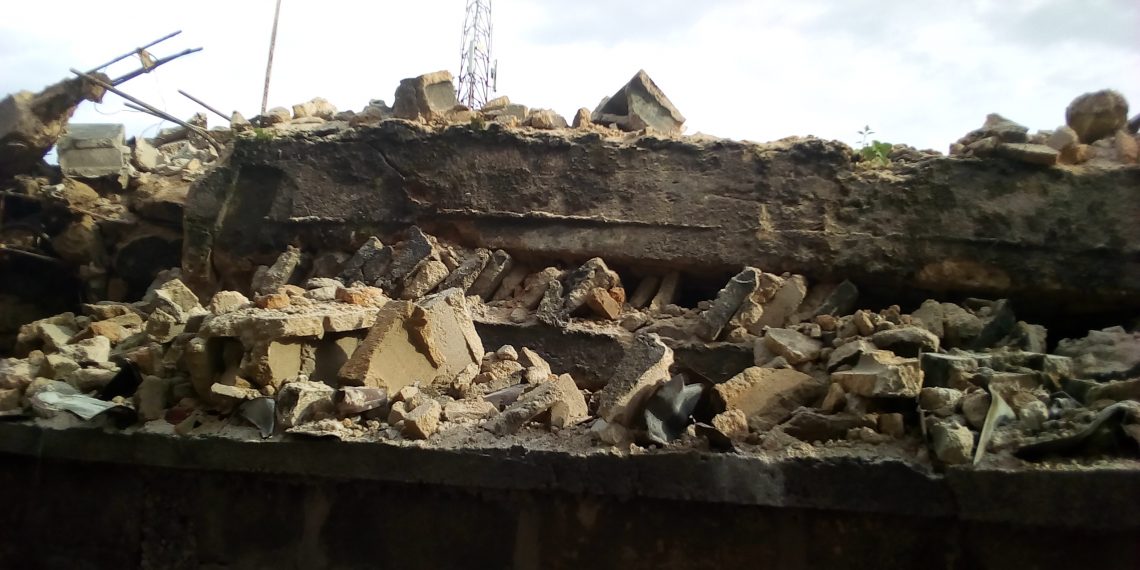 Four persons were lucky to have escaped death when a two storey building situated at  No 10 Amaram  Extension in Owerri Metropolis collapsed on Sunday, May 26th.

According to reports, three of the survivors were pulled out from the rubbles while the fourth person who was at the second floor jumped to saftety when the building which was still under construction, began to collapse.

Daily Sun reliably gathered that the collapsed building which has reached the roofing stage has remained uncompleted for about twenty years by the owner of the building for undisclosed reasons. It is the believed that the building collapsed as a result of the weakened structure.

The Men of the Imo state Police Command who arrived the scene following a distress call took the survivors to the Hospital for Medical Check Up.